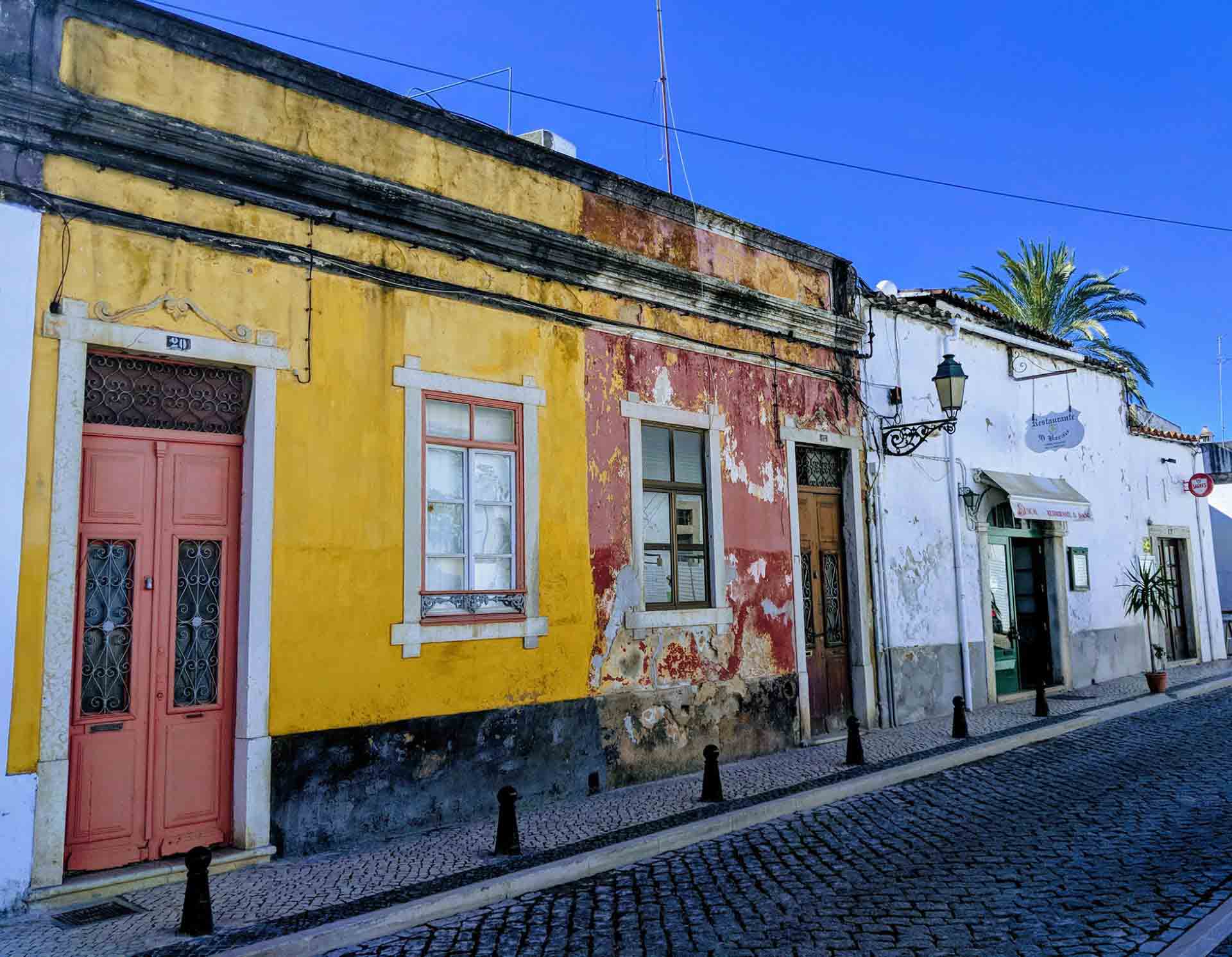 Faro is the Algarve’s largest city and the capital of the Algarve as well. The food in Faro is a mix of both regional Algarve dishes and more national Portuguese dishes, and it’s a fantastic place to try both. It’s also very well connected with the rest of the Algarve, so it’s easy to venture out to nearby foodie meccas like Olhão (for seafood) and Guia (for piri-piri chicken).

Restaurants in Faro range from hole-in-the-wall style joints, and there are certainly a few of those, to more upmarket restaurants offering Michelin-style fine dining. One isn’t necessarily better than the other although, if you’re looking to try typical Portuguese and Algarvian dishes, the more traditional restaurants are going to give you the most accurate representation.

Every region of Portugal has its own dishes and cuisine, and the Algarve is no different. Algarve food is very seafood-focused, but there are also quite a few interesting meat dishes that come from the interior of the Algarve as well.

Although you’ll find many of these dishes on menus throughout the whole of Portugal, particularly dishes like piri-piri chicken, it’s really worth trying them while you’re here in the Algarve. In fact, some locals would even argue that it’s not worth eating these dishes unless you’re in the Algarve.

Faro, as the capital city, has plenty of great restaurants where you’ll find all of the dishes mentioned below, as well as dishes from across the rest of Portugal and other countries as well. Traditionally made from copper, the cataplana is a clam-shaped dish that’s sort of like a rudimentary pressure cooker. Cataplana is also the name for the dish cooked in this pot, and it’s a dish that’s very much associated with the Algarve.

Portugal as a whole is a country that loves its seafood, and a lot of it comes from the Algarve. A lot of that seafood, particularly oysters, actually comes from the Ria Formosa, which is just a short drive from Faro.

The best way to try Portuguese seafood it to visit a marisqueira, a restaurant that specialises in seafood. Here, you can try local favourites which include oysters, tiger prawns, clams, prawns, and percebes. Sardine season is a popular time in Portugal, particularly in Portimão which hosts an annual sardines festival (normally in August). Although Portimão is the place to get sardines on the Algarve, you will still find plenty of great sardines in Faro as well.

Although Algarve food is very fish and seafood-focuses, many of the dishes from inland Algarve focus more on meat. Javali (wild boar) is one example of this, and it’s something that you’ll see on restaurant menus throughout Faro and the Algarve.

Of course, you don’t have to limit yourself just to dishes that are typical to the Algarve. As well as Algarvian cuisine, there are plenty of Portuguese dishes that are worth looking out for. You can’t leave Portugal without trying a pastel de nata, and you’ll find these in every café in Faro and across the Algarve. Simple yet delicious, you’ll probably end up eating at least one per day while you’re in Faro.

Bacalhau, which is salt-dried cod, is Portugal’s national dish. There are more than 365 different ways to cook bacalhau according to the Portuguese, and every restaurant in Faro will probably have some form of bacalhau on the menu.

Leitão is a suckling pig that’s normally between 4 and 6 weeks old and still feeding on its mother’s milk. The pig is normally spit-roasted over a wood fire and, as you can imagine, is extremely tender and succulent. Leitão is normally served with chips (fries) or potatoes, but you can also get it as a sandwich as well (sandes de leitão).

It’s a dish that’s typically associated with the Bairrada region of Portugal, although you’ll find it everywhere in Portugal (including Faro). If you’re planning on trying leitão while you’re in Faro, it’s worth going to a restaurant that specialises in it (they normally have leitão in the name). The bifana is a small bread roll that’s filled with fried, garlicky slices of pork and often topped with mustard. It’s not normally a meal in itself, but a snack that you will find in just about every pastelaria in Faro. If you’re in between meals, and feeling a little peckish, take the time to try Portugal’s best sandwich.

Throughout the year, several food events take place in Faro including beer festivals and seafood festivals. If you’re in Faro while any of these events are happening, it’s worth paying them a visit.

Want to know about other events in Faro? Be sure to read the complete month-by-month list of Algarve events.

Other things to do in Faro

As well as the food festivals, and scouting for all of the dishes mentioned above, the following food tours and other activities are perfect for keeping you entertained during your trip to Faro.