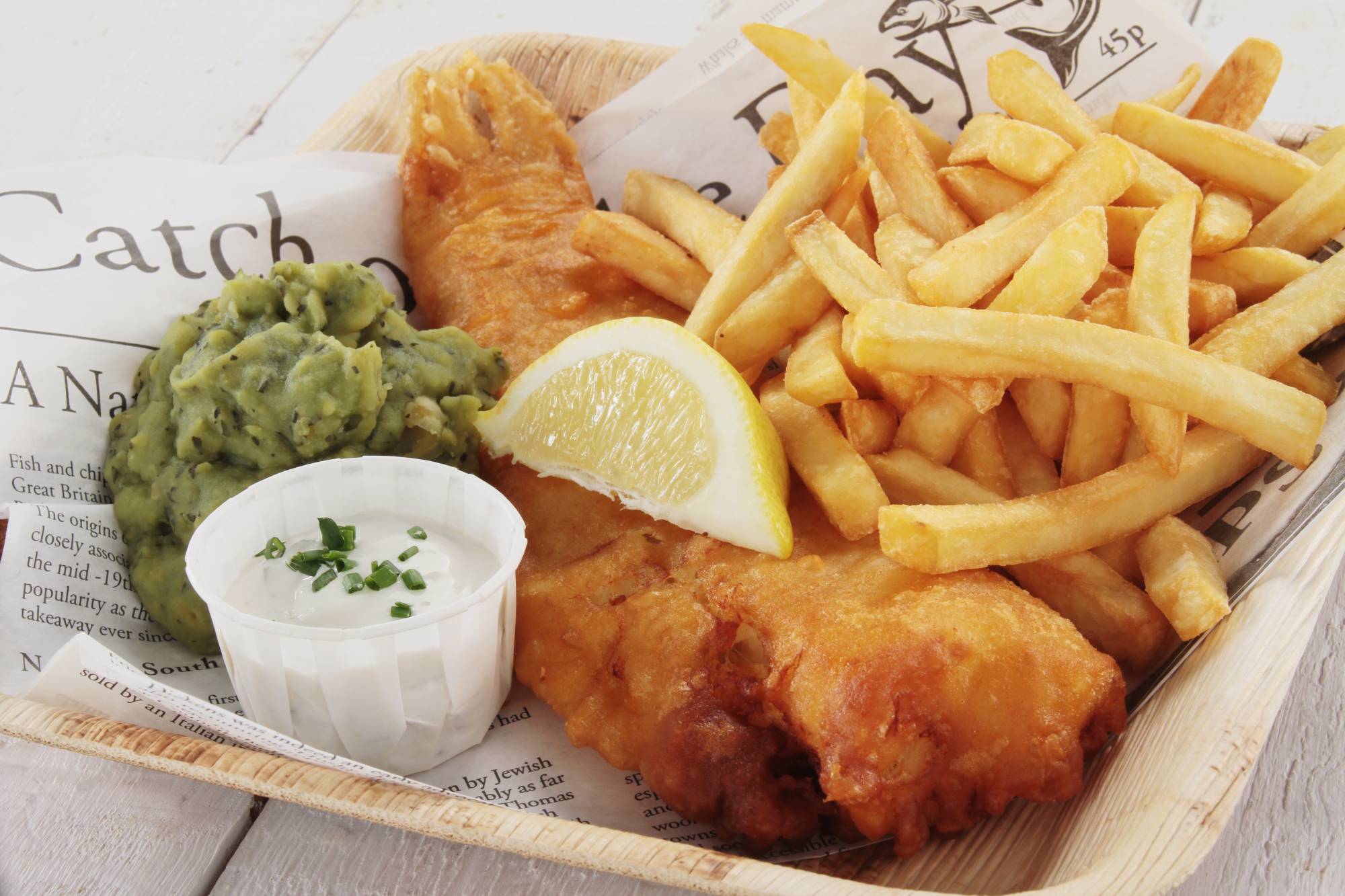 You might think you won’t miss British food while living in Portugal, but every now and then you’ll get a craving for a taste of home. It could be something as simple as a bar of a cup of tea and toast (easy to replicate) or something more complicated like a pint of ale in a cozy pub.

Thankfully, there are a large number of British people living in Portugal and because of this, there are quite a few shops that cater to their needs. Those that live near the Algarve can visit the Overseas shops in Albufeira and Portimão or The Food Co. in Almancil while those that live near Lisbon can visit GB Superstore in Cascais. And often you’ll find British products like digestive biscuits and Heinz baked beans in Portuguese supermarkets as well.

With all of that in mind, here are some foods that you might miss as a Brit living in Portugal.

Strong black tea bags – Although Portuguese supermarkets stock black tea bags, many British and Irish people say they’re not as strong as the ones they’re used to. If you want a cuppa that’ll properly pick you up, you’ll either need to bring these teabags into the country or try shopping at one of the many expat-focused supermarkets.

Baked beans – Heinz Beanz are available from some supermarkets in Portugal, including Continente and Auchan, but are slightly more expensive per tin than in the UK, while for Branston baked beans, you’ll probably need to order them from an expat shop like British Corner Shop. It’s not quite the same, but one of the simplest solutions is to learn to make them at home yourself.

Irn Bru – It’s rare to see Irn Bru in a Portuguese supermarket, but Scots will be pleased to know that they can find it in specialist international shops like Glood and Flavers.

“British-style” curry – While there are Indian and Nepalese restaurants all over Portugal, getting a “British-style” curry can be difficult, and many Brits complain that the curries in Portugal are too mild or at least, not what they’re used to. You’ll find more familiar curries in places like the Algarve where there are a large number of British tourists but otherwise, there are a few recipes online that teach you how to make a curry that mimics a British takeaway curry (the secret seems to be creating a base curry sauce).

Whipping cream – While you can get nata para batar in almost all Portuguese supermarkets, this is usually long life and has a lower fat percentage than the double cream found in the UK (35% vs 48%). It won’t be exactly what you’re looking for, but it is one of the closest alternatives.

Haggis – Although there are a few Portuguese dishes that are made in a similar way to haggis, it’s hard to find actual haggis in Portugal. There are shops that stock the tinned haggis (including GB Superstore) but getting a MacSween’s haggis is much, much harder.

Crumpets – You probably won’t find crumpets in most Portuguese supermarkets, but you can easily order them from GB Superstore, Flavers, or British Cornershop.

British biscuits & cakes – Whether it’s a Custard Cream, a Jaffa Cake, or a Bakewell Tart, everyone has their favourite biscuit. But although you can often find digestives and shortbread in Portuguese supermarkets, some of these other biscuits are harder to find. Given their long life, it’s something that you can stock up on, either back in the UK, via a trip to the Algarve, or by ordering from GB Superstore or  British Cornershop.

Wholemeal flour – Although you can buy Farinha de Trigo Integral at most Portuguese supermarkets, many people say that it isn’t the same as the wholemeal flour found in the UK or Ireland. Thankfully, GB Superstore and British Cornershop usually stock it.

Marmite – You either love it or you hate it, but if you love it you will probably hate the fact that you can’t easily find it. Thankfully, it is something you can find at many shops including GB Superstore and Glood.

Rhubarb – While some people have been able to grow rhubarb in Portugal, it doesn’t always take well to Portuguese soil. Unfortunately, rhubarb (ruibarbo) is not something that you’ll commonly find in Portuguese supermarkets. It’s something you’ll occasionally find in Celeiro but otherwise, you may have to either try growing it yourself or relying on tinned rhubarb.

Parsnips – Like rhubarb, parsnips is something that isn’t common in Portugal. However, it’s something that you will occasionally find in Portuguese supermarkets. Just remember to snap them up the next time you see them.

Fish & Chips – While you can easily make a Sunday Roast or even a good attempt at an Indian takeaway, fish and chips is one of those things that’s incredibly hard to replicate at home. There are some similar fried fish dishes in Portugal (e.g. filetes de pescada frita com batatas fritas) and these can tide you over in between trips back to the UK. Alternatively, you will find places serving British-style fish and chips in the Algarve, Cascais, and other expat hotspots.

Curry Powder & Spices – While most supermarkets in Portugal will stock jarred spices, many people say they’re not what they’re used to in terms of quality and spice, particularly when it comes to curry powder. Thankfully, there are a few spice specialists in Portugal like Algarve Spice and The Chilli Experience.

Greggs – There is no replacement for Greggs, especially freshly baked pies and pasties, although some Portuguese pastries – like the pastel de Chaves – will remind you of home. Some British supermarkets, like Iceland Overseas in the Algarve, stock frozen Greggs products, which you can bake whenever the craving hits.

Lamb – Although you’ll find lamb on some Portuguese menus, it isn’t something you’ll find in every supermarket and you may have to visit your local butcher and request it there. Be sure to try cabrito (young goat) as well, which is always plentiful around Easter and Christmas.

Gravy granules – Bisto or other gravy granules is something that you’re unlikely to find in most Portuguese supermarkets, so you’ll need to order from GB Superstore, Glood, or Flavers – unless you live in the Algarve, in which case you’ll find gravy granules at both Iceland Overseas and The Food Co.

Bovril – Bovril is something that you’ll find at GB Superstore, Glood, and Flavers, but it’s also a product that’s often available at Auchan and El Corte Inglés.

Bacon – Although pork is incredibly popular in Portugal, British and Irish-style bacon just isn’t the norm here. For that true taste of home, you will need to visit a British supermarket, like GB Superstore or the British supermarkets in the Algarve. Glood also stocks some frozen back bacon and if you live near Caldas da Rainha on the Silver Coast, there’s Back the Bacon.

Crabbies Alcoholic Ginger Beer – This isn’t something you’ll easily find in Portugal, but it is stocked at GB Superstore and at Flavers.

Liked this article? Have a look at some of the foods that Americans living in Portugal often miss.