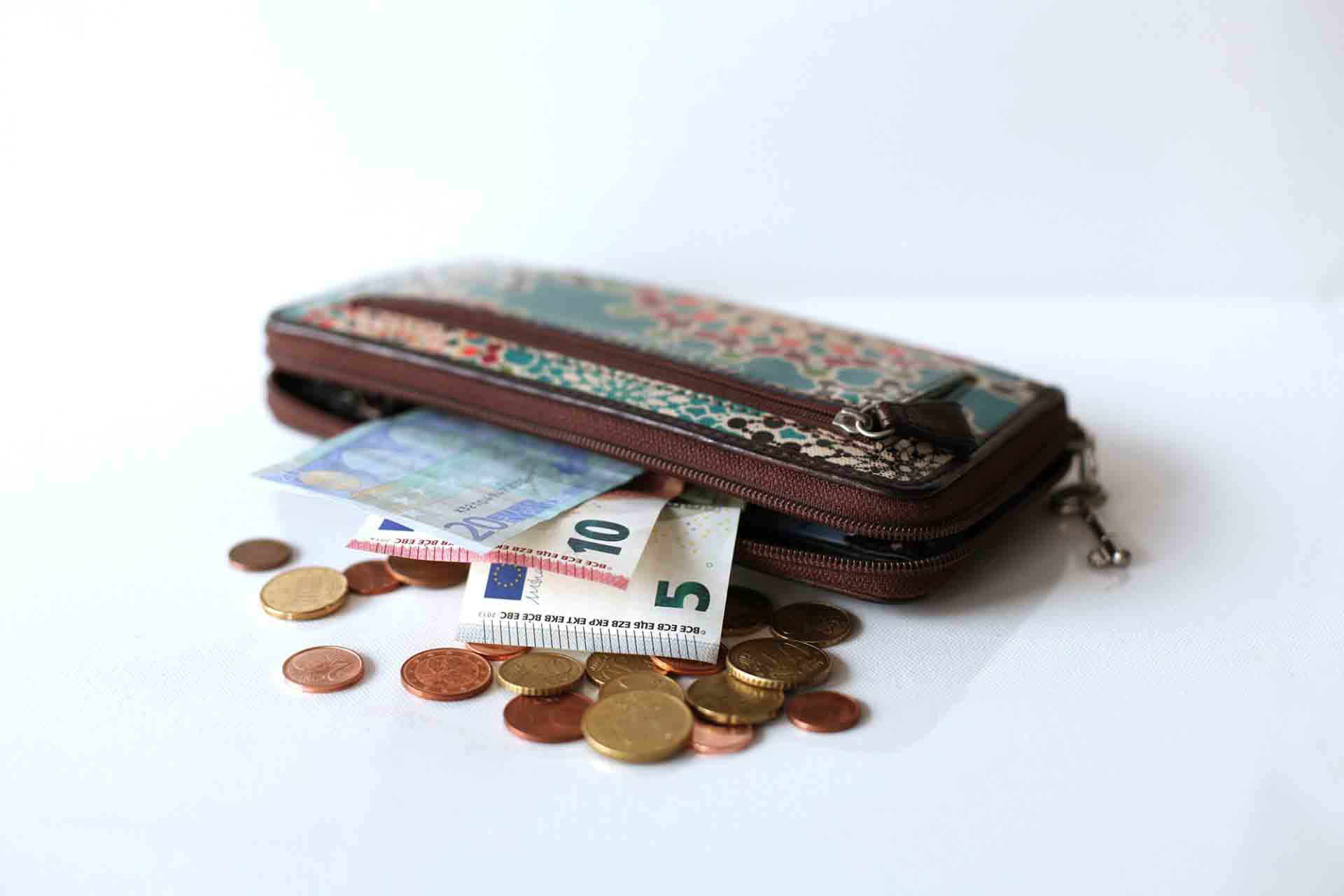 Lisbon’s cost of living has risen in the past few years, particularly when it comes to rental costs.

Although there are more expensive restaurants and coffee shops than there were a few years ago, most of the other living costs have risen in a much less dramatic fashion.

It’s still possible to find a lunch menu for less than €10 if you look hard, a glass of wine for €1-2, a coffee for 50-60 cents, and to keep your utility costs low by being careful (read: wearing a jacket indoors in winter).

That’s not to say these costs haven’t gone up. They have, but it’s always possible to find a cheap alternative. That’s much harder when it comes to buying and renting property, however.

Note: Just because you can get a beer for €1 or a meal for less than €10, don’t assume that’s where you’ll end up eating and drinking. There are also bars where a glass of wine costs €4-5 and a main dish costs €15-20, and these are the places that expats and young professional Portuguese tend to frequent.

Can I afford to live in Lisbon?

One of the most common questions people ask is “can I afford to live in Lisbon?” Unfortunately, it’s very difficult to answer that question as everybody spends money differently and everyone has a different definition of “living comfortably.”

Do you know how much money you spend currently and what you spend that money on?

If you want to know how much it’ll cost you to live in Lisbon, look at how you’re spending money now. Go through your receipts and bank accounts, work out what all your outgoings are, and try and find out how much each of those expenses would cost in Lisbon.

It’s a bit of a headache, and it’ll take a few hours to do, but it’s worth it.

Rent will probably be your biggest cost in Lisbon. Monthly rental prices for a 1-bedroom (called a T1) in the city centre start from around €600-700, but it’s rare to meet someone (especially an expat) who’s paying that.

€1,000 seems to be closer to the average, although you will meet people who are paying twice that.

Read more about rentals in Lisbon

A room in an apartment, if you end up flatsharing, starts at around €200 but typical prices are closer to €400.

In Lisbon, it’s not uncommon for flatshares to contain 4+ bedrooms (even 10+ sometimes) and you may want to spend €50-100 more so that you can live with less people.

The rental prices above are for long-term rentals, but many people visiting Lisbon stay for less than six months.

Airbnb does allow hosts to set monthly pricing for stays that are longer than 28 days, but it’s still rare to find apartments for the €1,000 per month mark. Some people are able to negotiate the price down, particularly if they are staying for longer than 28 days.

Eating out in Lisbon

Eating out depends a lot on where you eat. It’s still possible to get a 3-course lunch menu with wine for less than €10 from a Portuguese tasca, but you’ll struggle to get a main meal for less than that if you go to a more contemporary or international restaurant.

The average price of a main meal in an upmarket Portuguese or restaurant serving international food is probably around €14 or so.

Coffee is the same. You can get an espresso for somewhere between €.60 and €1 in most cafés in Lisbon, and a pastel de nata from €1 or less, but go to a hipster café and your costs will double.

Groceries are still very affordable in Portugal, particularly if you live near a decent supermarket. This can make a big difference to your living costs, and also what you’re able to buy, so look out for a decent sized supermarket (Lidl, Pingo Doce, or Continente, for example) when you’re house hunting.

If you don’t find one, but do have a decent market that’ll be fine. Portuguese markets are great for fruit and vegetables, meat, and fish, and often more affordable than the supermarkets.

Alcohol is fairly affordable in Lisbon, but it depends where you buy it. Head to the Bairro Alto, for example, and you can get a beer for €1 or a cheap cocktail like a Caipirinha for €2 or so. A glass of wine in a Portuguese tasca should similarly costs €1-2 on average, while a supermarket bottle of wine costs between €3 and €10.

Of course, there are more expensive places in Lisbon as well where you can expect to pay €10 or more for a cocktail. It depends where you go.

A public transport ticket (valid for the bus, train, tram, or ferry) costs €1.50 and you can get a monthly pass for €30-40 (see prices). Even if you don’t get a monthly pass, be sure to get a rechargeable Via Viagem card to get the cheaper rate. Without this card, you’ll pay almost double on the buses and trams.

Taxis and Ubers (and other Uber-style apps) are also very affordable. A 9km trip from Praça do Comércio to Lisbon Airport, for example, would cost around €10. That said, regular taxi rides quickly add up.

Lisbon is a very small city and, although it’s hilly, it’s easy to get around on foot. Most districts are very small, and you can walk across them in 10 or 15 minutes.

You don’t need a car in Lisbon, so whether you get one is up to you. Parking in Lisbon is competitive, and the streets are often very narrow so you may want to just hire one as and when you need it.

Utilities (water, gas, electricity, and bins) can be expensive in Portugal. For a small apartment, you can expect to pay €100-150 per month for utilities. This can increase significantly if you use the air conditioning a lot or have the heating on a lot.

It’s unlikely your apartment will have central heating, but many aircon units have a heater function. This doesn’t tend to heat the house very well, and can be expensive.

Internet and home phone contracts cost between €20 and €60 per month.

1 GB of data on a prepaid sim card will cost around €10 per month on average, and each GB unit gets cheaper the more you order. You can get 5 GB for €15-20, for example. Monthly contracts are more affordable in the long-term, and you can often get combo deals for home internet, mobile internet, and TV.

Lisbon has gyms to suit every need and budget. At the cheaper end of the scale, Fitness Hut costs around €28-€40 depending on the package you choose. Most of the other gyms average at around €70 but can go as high as €200 per month.

If you’d prefer to just run, there are plenty of great areas for running around the city particularly the waterfront between Cais do Sodré and Belém and in Monsanto.

If something goes wrong, it’s good to know that you’re covered. Registering in Portugal will get you on the public health service, but many people prefer to have private health cover as well.

If you’re moving to Lisbon on a long term, you’ll want to learn Portuguese.

Expect to pay around €25-35 for a private Portuguese lesson through a language school. Booked individually, you can expect to pay somewhere between €15 and €20 for an hour-long lesson.

Group language classes vary considerably in price. Expect to pay between €9 and €30 per hour-long class. Some people like to do an intensive course, which is very effective but more costly upfront, while others prefer to do a few lessons per week over an extended period of time.

If you’re strapped for cash, we have a list of free resources for learning Portuguese. There are also quite a few language tandem meetups where you can swap lessons in your native language for Portuguese.

As well as groceries, you’ll probably have a few other shopping expenses for clothes, maybe a new laptop, books, and other purchases. Some people shop a lot, and others infrequently, so only you can really estimate how much this will cost.

Portugal can be quite expensive for a number of items, particularly books, electronics, and appliances. A lot of expats and newcomers to Lisbon shop at Amazon or other online stores, or have larger items like appliances and furniture shipped over to Portugal as this is usually more cost-effective.

Most Portuguese banks charge a monthly fee that’s usually somewhere between €5 and €10 per month, although some will waive that fee if you keep a minimum balance in your account.

If you only need to use your bank account for withdrawing cash, you can probably get by without opening a Portuguese bank account. If your bank account is in another currency, however, this probably doesn’t make financial sense. Currencies fluctuate all the time, and it’s best to keep an eye on the exchange rates to see when it’s best to send over a large chunk of cash to your Euro account. Currency transfer sites like Wise (previously Transferwise) typically offer a much better rate than the bank.

Lisbon VS other parts of Portugal

As the capital city, living costs are higher in Lisbon than living costs in the Algarve or in Porto. If you don’t need or desperately want to live in Lisbon, you’ll get a lot better value for money in other parts of Portugal.

Portuguese salaries VS these living costs

Portugal has some of the lowest salaries in the EU.

Some Lisboetas live on salaries of €500-800 in Lisbon, but that doesn’t really mean that you as an expat can. Many of these people have lived in Lisbon for decades and have fixed rent that’s often less than €100 per month. Those rents are no longer available and, being honest, the standard of those apartments would be well below what an expat would expect to live in.

Expats tend to have a higher cost than living overall. They usually live in the better neighbourhoods, eat and drink at more expensive restaurants and bars, and have a better (and more expensive) lifestyle overall.