Skip to content
Portugalist > Latest Articles > Places > Lisbon & Nearby > Lisbon > Lisbon for Tourists: 11 Touristy Things to do in Lisbon 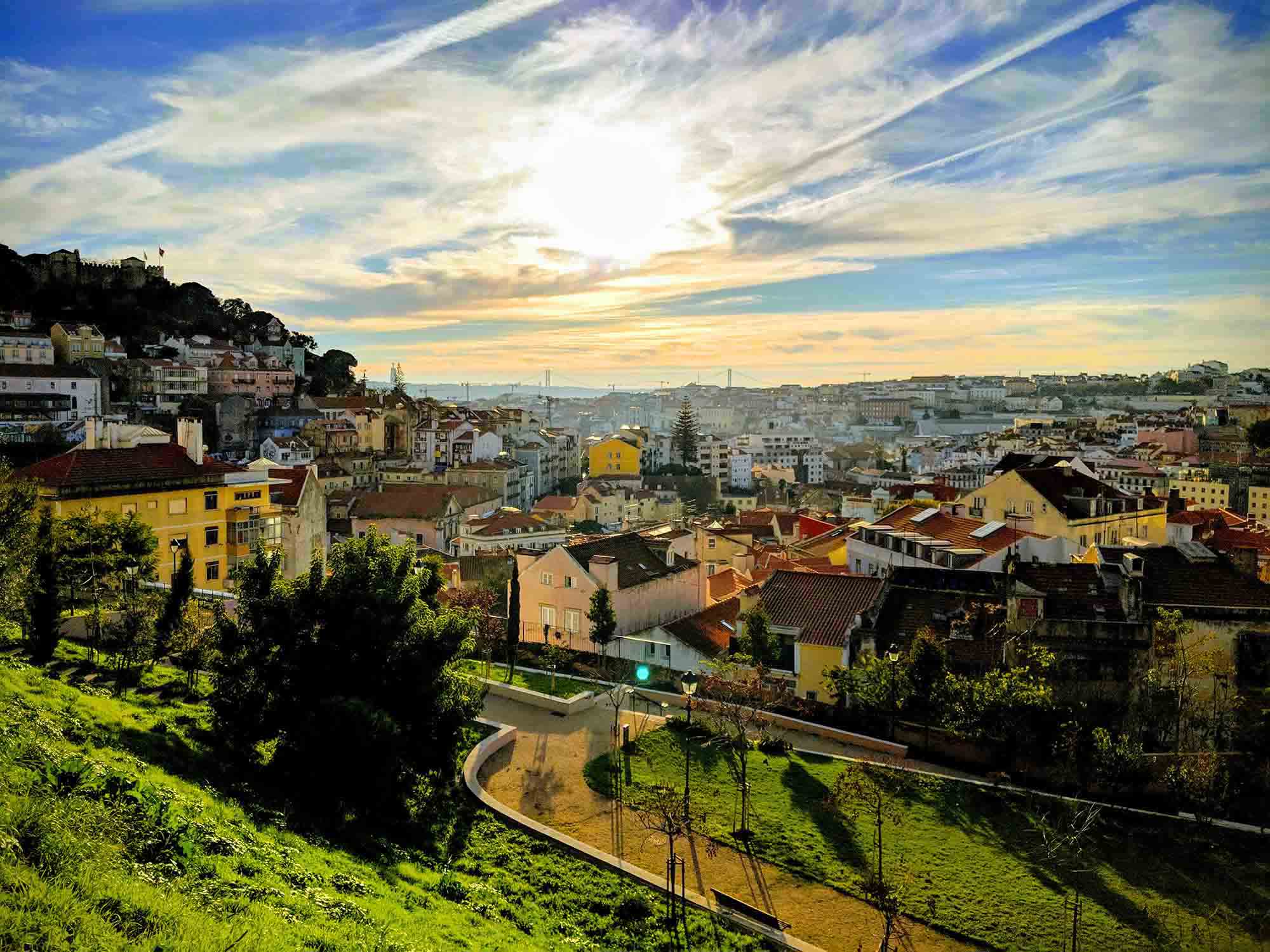 As Lisbon has exploded in popularity, people have tried to condense the city into a bucketlist of things to see and do and some of these are, or have become, incredibly touristic.

For some people that’s exactly what they’re looking for, whereas others find themselves very disappointed at the sheer number of other tourists doing the same things that they are.

Riding Tram 28 is one the most popular things to do in Lisbon. The tram is a beautiful example of the old, rickety trams that make up the fabric of the city, and it’s also the most scenic tram route in Lisbon. 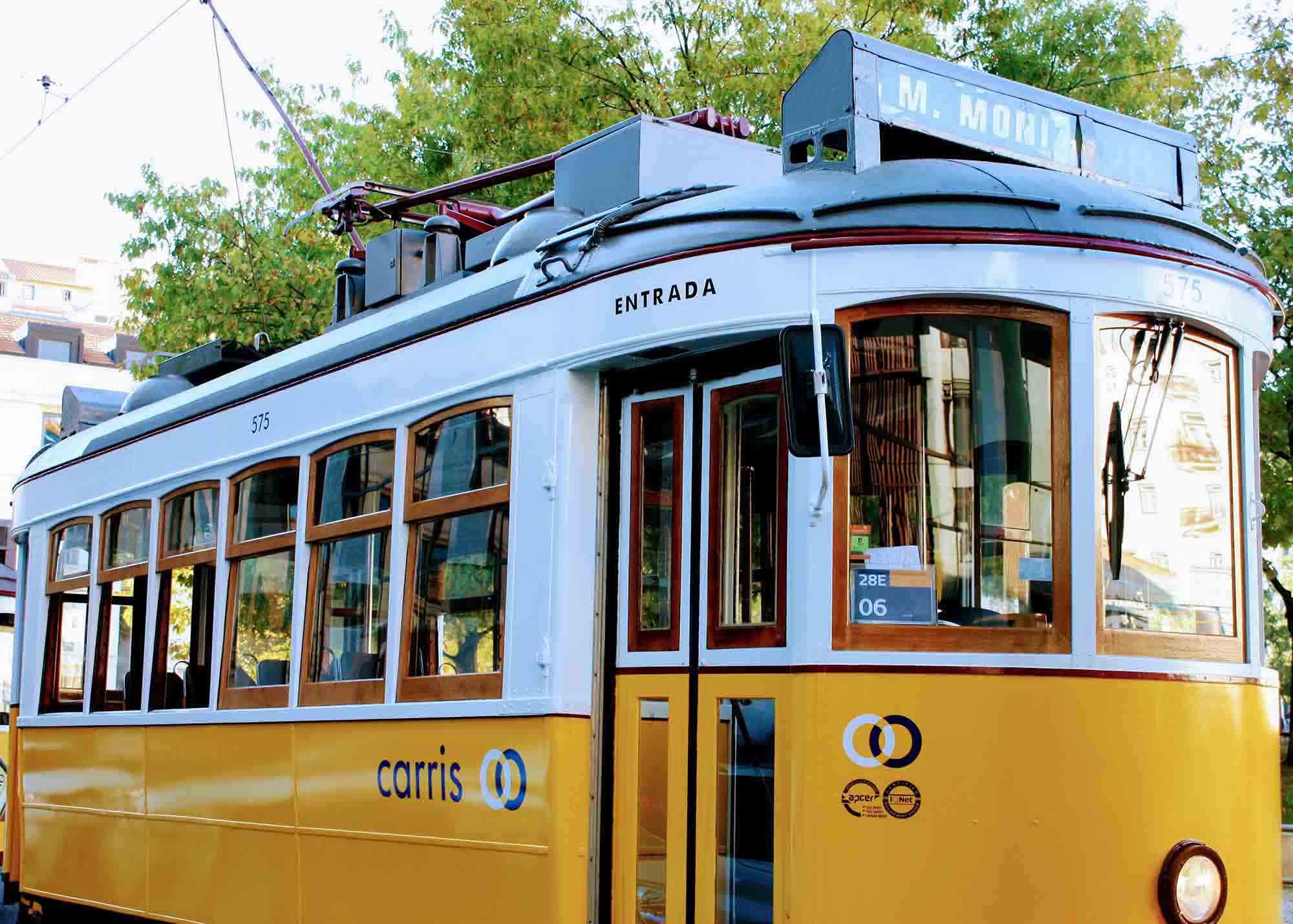 That scenic route has been a double-edged sword for the people who live in the area, though. The tram has now become so popular and overcrowded that many locals can’t actually get on the tram to go to work or into the city centre.
Instead many are now walking or having to find other forms of public transport to get where they need to go, and Tram 28 is essentially becoming a sightseeing tram – it doesn’t quite have the audio guides in 27 different languages yet, but it’s probably only a matter of time.

Lisboetas are increasingly avoiding this tram because it’s become so overcrowded and popular with pickpockets. Other trams, like Tram 12 and Tram 15e, offer the same traditional tram experience but in a much more enjoyable environment.
Alternatively, walk the Tram 28 route up to neighbourhoods like Graça. There are steep hills in Lisbon, yes, but you’ll get to see and experience a lot more of the city this way. You still get to view these beautiful neighbourhoods, and you’ll walk off a few of those pastéis de nata as well.

Get pickpocketed on Tram 28

You haven’t had the full Lisbon tourist experience until you’ve not only ridden on Tram 28, but been pickpocketed on it as well! Tram 28 has been popular with pickpockets for a number of years, and if you see the tram going past you’ll see why: so many tourists on this tram have their phones or wallets in their back pockets, or are making themselves a target by leaning out the window with their selfie sticks.

If you decide to take Tram 28, keep a very close eye on your possessions. Don’t put your phone in your back pocket or leave your handbag open, and keep your pockets zipped up.

Stay in an Airbnb in Alfama

Airbnb is Lisbon’s oldest neighbourhood but, in the past few years, it has become a jungle of Airbnb rentals, restaurants, and petiscos bars replacing the neighbourhood-essential businesses and services that used to exist.
There are still a few locals here, but they are mainly the much older (and maybe last) generation who are really only still there because they live in rent-controlled apartments.

Get a pastel de nata from Pastéis de Belém

The pastel de nata is probably the best Portuguese dish that you can eat in Lisbon, and Pastéis de Belém is the original and, for many people, the best. Unfortunately, it’s not exactly Lisbon’s best kept secret. 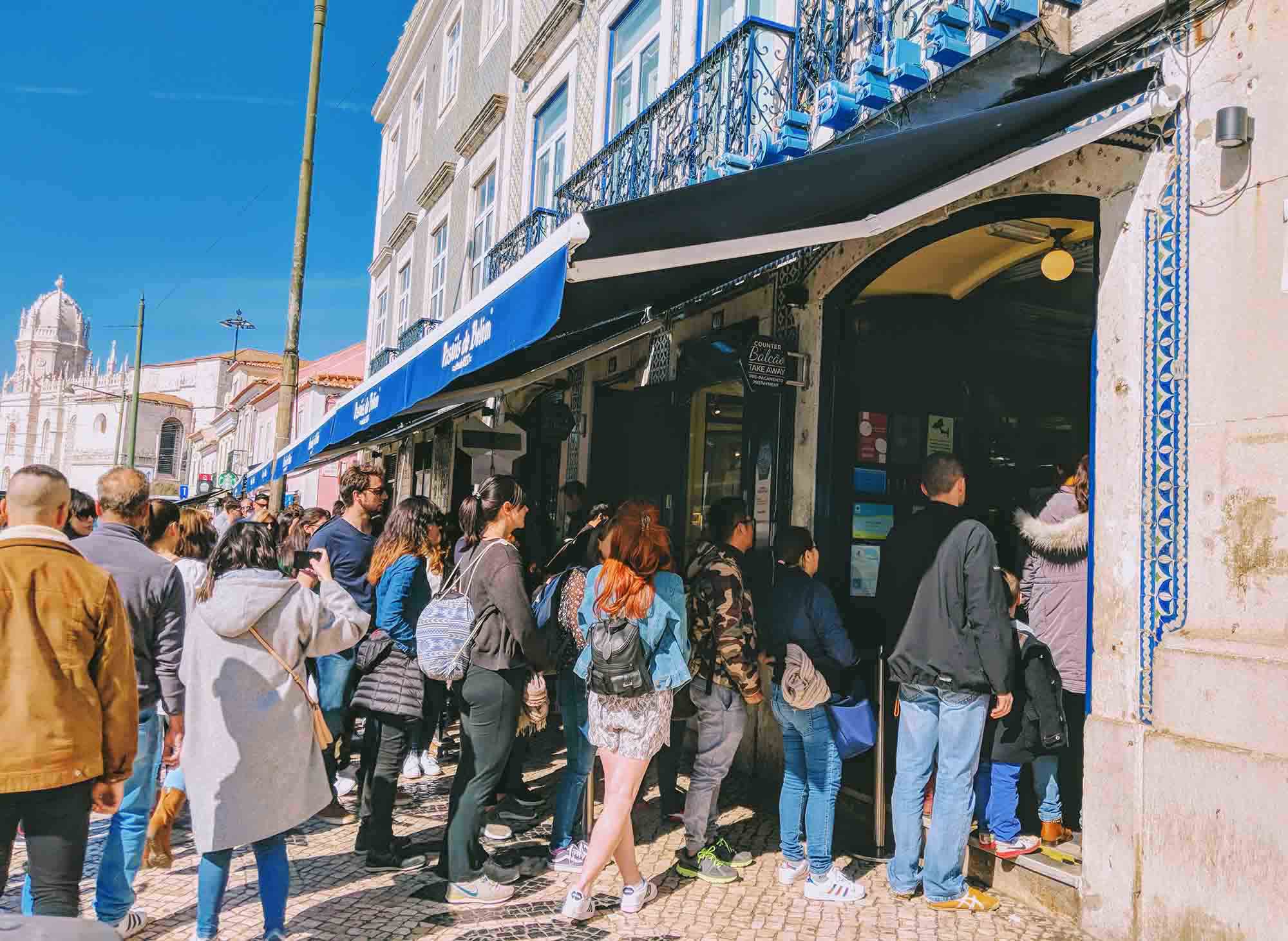 In 2017, it was the most reviewed eatery on TripAdvisor not just in Lisbon or in Portugal but in the world. In that year alone, more than 10,000 people reviewed it. Basically, it’s very, very popular and, if you go here, you can expect a long wait.

Pastéis de Belém still holds a special place in people’s hearts so the Portuguese, especially those visiting from outside Lisbon, will still queue. More and more Lisboetas, however, are going to other, less-crowded pastelarias instead.

Take a tuk-tuk around the city

A few years ago there wasn’t a single tuk-tuk in the city, and now there are hundreds of them: someone obviously went to Asia, saw the rickshaw system there, and there decided to introduce tuk-tuks into Portugal. Copycat businesses sprung up, and before long there were thousands of them. 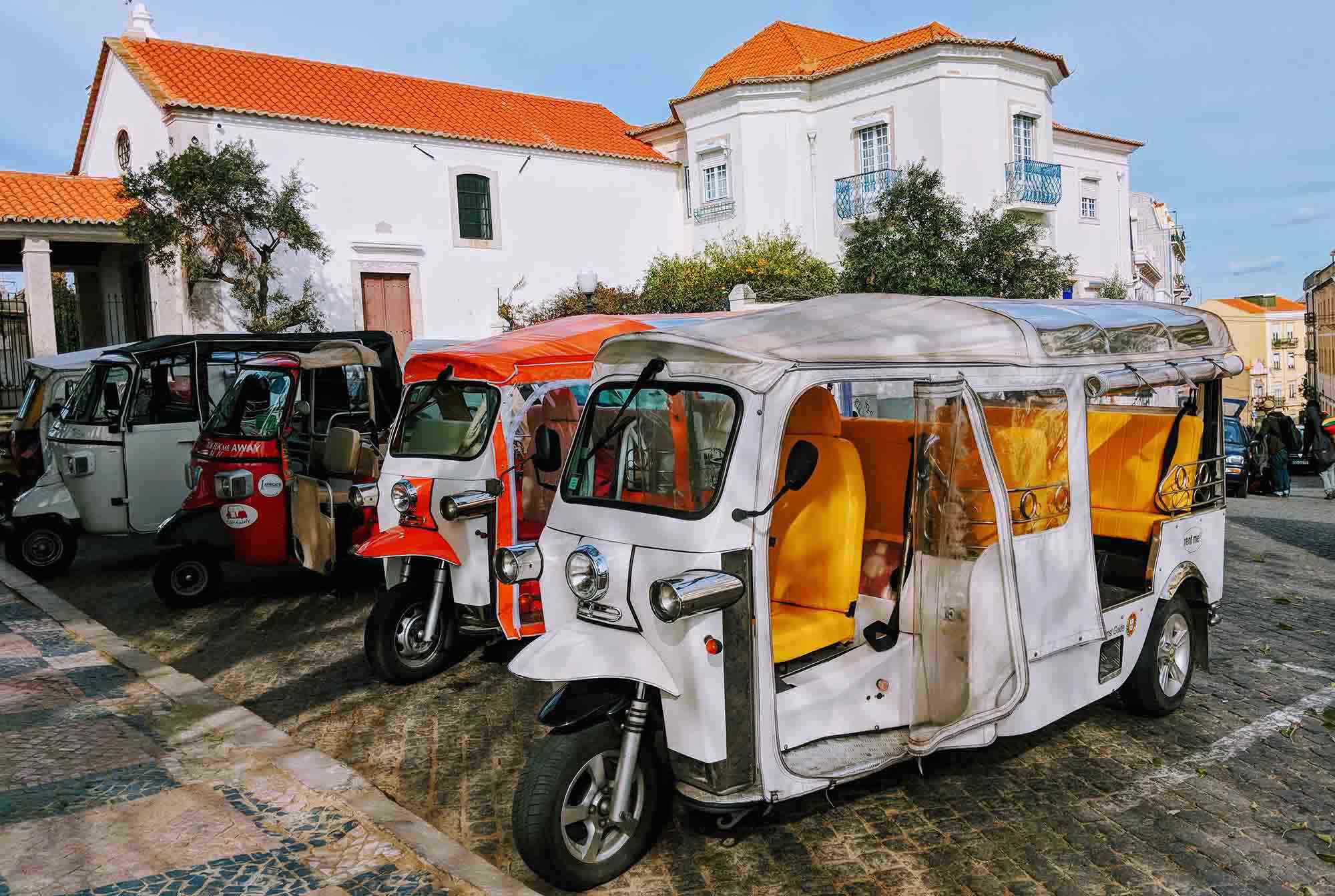 Although they’re non-authentic and making Portugal look like the Thailand of Europe, tuk-tuks aren’t that bad. Yes they create congestion, particularly in the more narrow parts of the city, but the electric ones are at least much better for the environment than cars.

Locals don’t take tuk-tuks at all as they’re a very expensive way to get around in comparison to public transport or even taxis or taxi apps like Uber, Taxify, and Cabify.

Take a Segway tour of Lisbon

Walk. It’s the best way to get around Lisbon, you really do get much more of a feel for it, and you won’t be getting in everyone’s way either.

Eat out at Cervejaria Ramiro

A few years ago Cervejaria Ramiro was somewhat of a working man’s seafood restaurant. Then TV food celebrities like Anthony Bourdain and Rick Stein began featuring the restaurant in their travel shows and suddenly it became the place for tourists visiting Lisbon to eat. 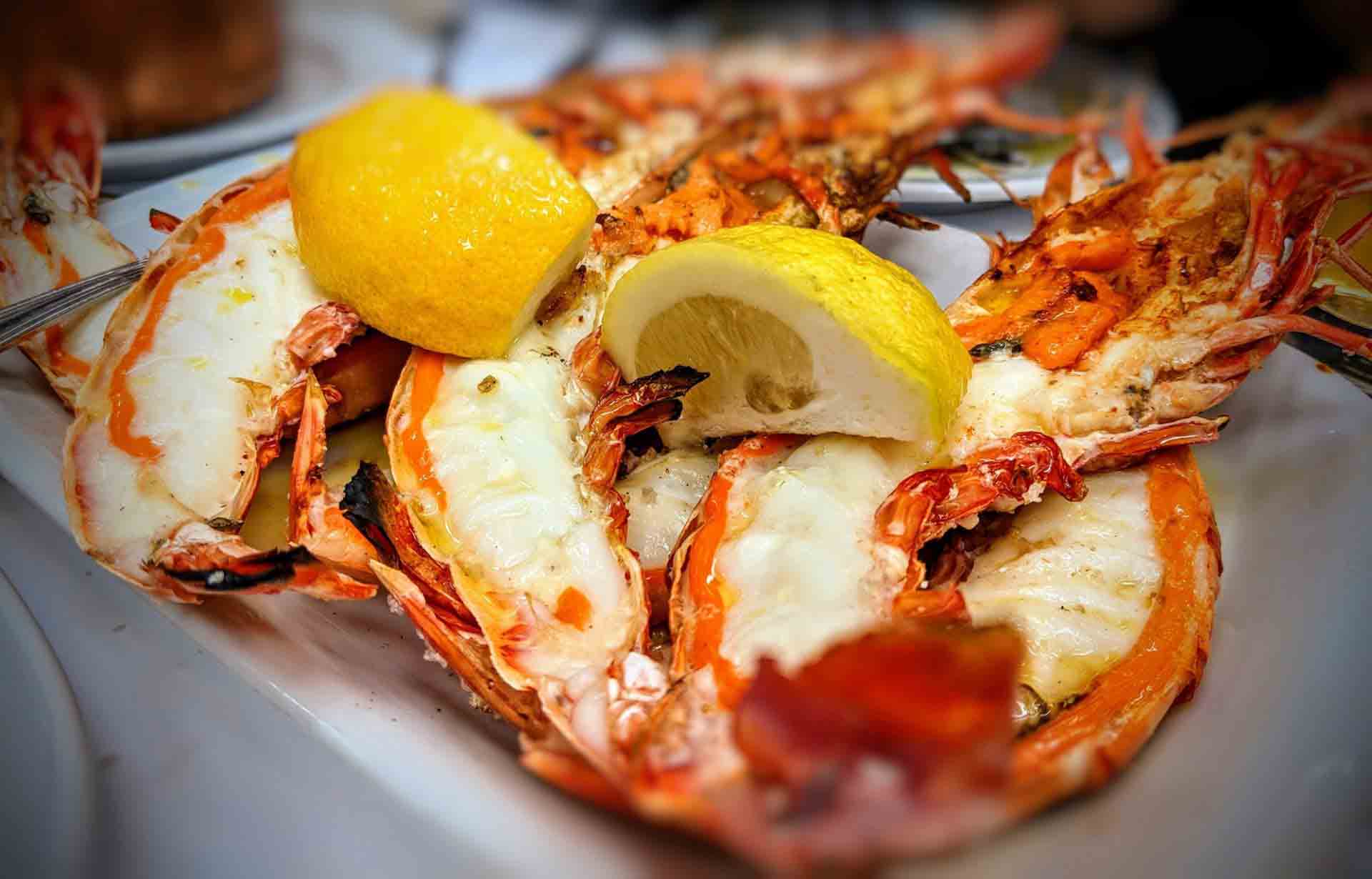 Go to Cervejaria Ramiro today and you’ll find queues that trail down the street. It’s just a restaurant that everybody has heard they have to eat at.

Like Pastéis de Belém, Cervejaria Ramiro is still popular with a lot of locals but more and more are heading to other Lisbon cervajarias like Pinóquio, Cervejaria Liberdade, and the Portugalia chain of cervejarias.

Eat at the Time Out Market

The Time Out Market has become one of the most popular tourist attractions in Lisbon, which has unfortunately lead to a huge increase in prices. 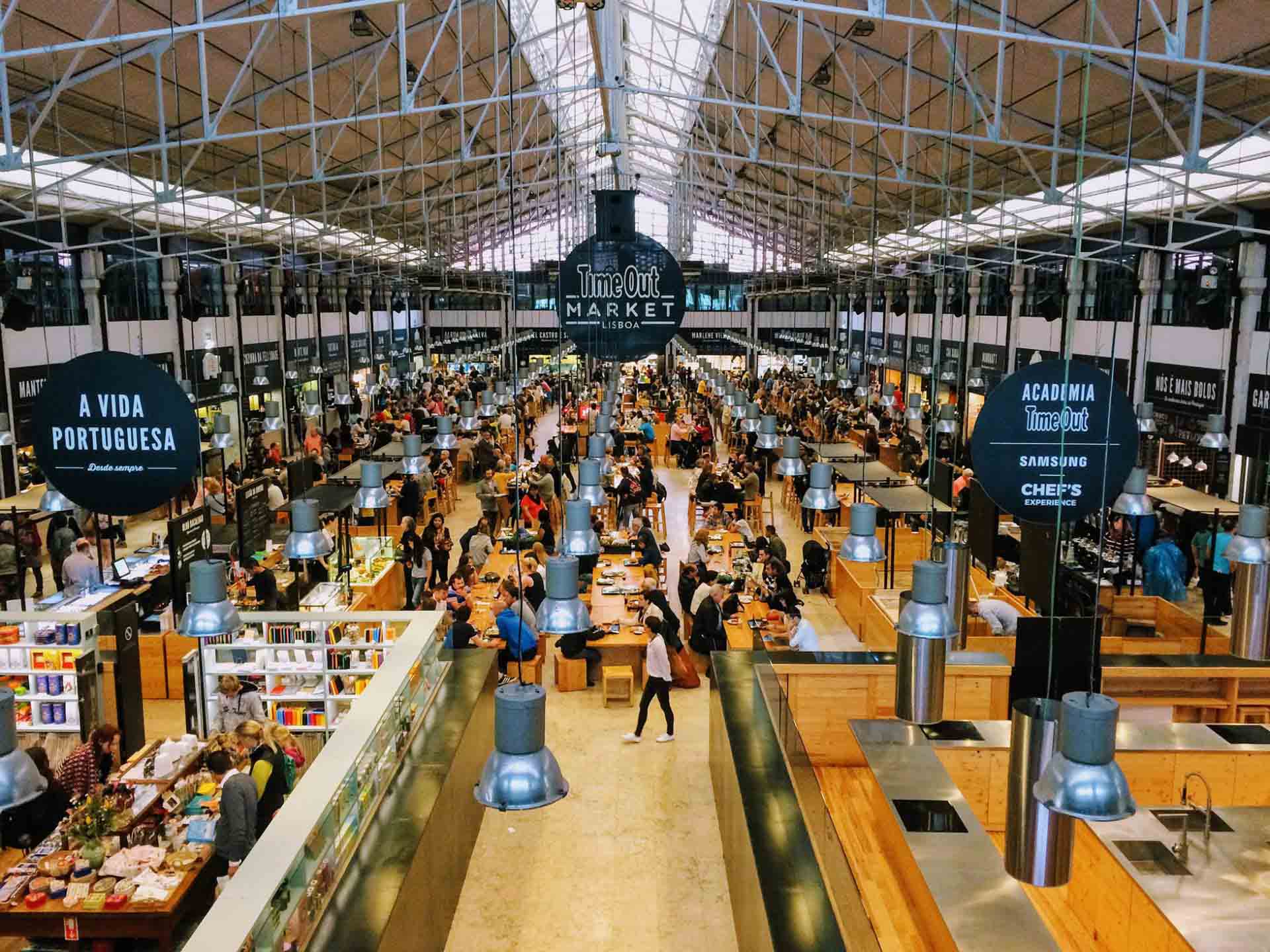 Many of the business that were there in the beginning, like Pastelaria Aloma, have since moved to other locations in the city.

Locals still eat at the Time Out Market, but rising prices are definitely making it more and more of a tourist attraction. Mercado de Campo de Ourique.

Have a very mediocre lunch in Baixa

Bonus points if you order your food in Spanish, assuming it’s the same as Portuguese!
Baixa tends to have a lot of low-hanging fruit when it comes to restaurants, and definitely isn’t the best place to go if you’re looking to try good-quality Portuguese food. That’s not to say all of the restaurants there are tourist traps but a lot of them are and, if you don’t know where you’re going, you’re unlikely to find yourself in one of those traps – one of them is actually a scam.

Avoid Baixa unless you know where you’re going. A lot of the restaurants and cafés here are tourist traps, and you can find much better-quality restaurants in any of the other nearby restaurants.

Buy a souvenir tin of sardines

The recent increase in tourism has led to all kinds of new businesses, but one of the strangest has to be the novelty conserveiras (tinned food shops).

Conserveiras are nothing new in Portugal. It’s where people go to buy high-quality tinned sardines, tuna, and other types of fish, and it’s a type of speciality food.

The novelty ones, however, come with people’s names on them or the year that they were born. They’re also decorated incredibly bright and colourful, and look more like a fairground attraction than a local business.

Visit a traditional conserveira like Conserveira de Lisboa. Here, you’ll not only be able to buy tinned tuna or sardines, but all kinds of other fish including salmon, octopus, cod roe, mussels, swordfish, bream, eel, trout, and sea bass.

Seeing a Fado performance is one of the most beautiful and awe-inspiring cultural experiences that you can enjoy in Lisbon. Unfortunately, though, the food served at dinner and fado shows is usually pretty dire.

Eat somewhere else, and then go and see a fado show. Venues like Clube De Fado allow you to come into the bar area and watch performances after 22:30.