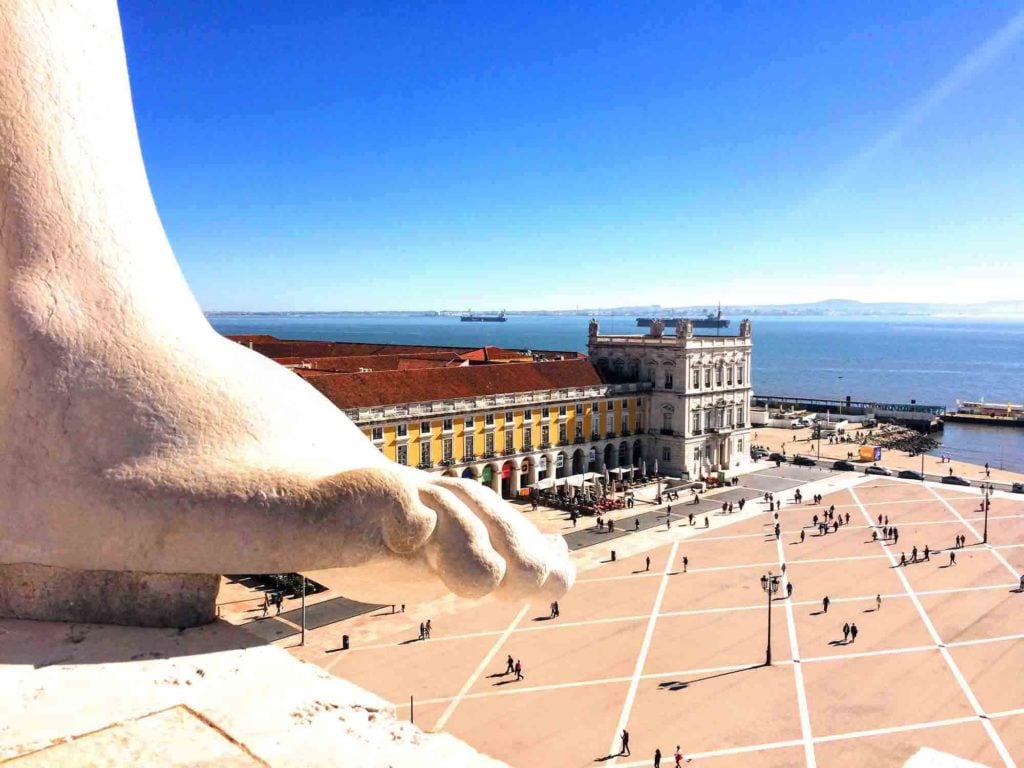 For a long time, Lisbon was never seen as the place to move to. That was London, Paris, Rome – and all of the other major European capitals. All of that has changed in the past few years, however. Lisbon is now the place that everybody wants to move to. And, it’s no surprise either. With over 300 days of sunshine per year and a cost of living that’s lower than most other Western European capital cities, Lisbon has a lot to offer.

Of course, there are downsides too such as its rising cost of living, particularly in terms of rentals, low salaries, and problems with overtourism. Nowhere is perfect, though, and for an ever-increasing number of people the pros of living in Lisbon more than outweigh the cons. In this article we’ll look at both the good and the bad.

The following are a few of the main pros to living in Lisbon.

The weather: Lisbon is one of the most southerly capital cities and, as such, benefits from great weather throughout the year – three hundred days of sunshine. Sometimes it can be too hot in the summer, particularly as many homes do not have air conditioning, but you get used to it after a while.

The cost of living: Although Lisbon’s cost of living has rapidly increased in recent years, it’s still possible to eat and drink cheaply. And, Lisbon isn’t a city where you feel like you have to spend a lot of money to enjoy yourself. A cheap beer or a coffee on a miradouro overlooking the city makes for a great evening out.

The safety: Portugal is one of the safest countries in the world and Lisbon is generally quite a safe place to live as well. That doesn’t mean that there isn’t crime – there is: particularly pickpocketing – but, as capital cities go, Lisbon is very safe.

The international scene: Lisbon is now a very international city and home to expats from all over the world, particularly from other European countries like Spain, Italy, Germany, and the UK, but also from Brazil, the United States, Canada, and parts of Africa.

The following are some of the cons to living in Lisbon.

The accommodation issues: Lisbon’s popularity spurt has led to both a shortage of rental accommodation and an increase in prices. It isn’t unheard of for landlords to suddenly double or even treble the rent year-on-year and, because many landlords don’t give out contracts anyway, tenants are then left to join the masses searching for reasonably-priced accommodation. Property prices have similarly soared as demand has increased, and this has made it more difficult for low earners to buy close to the city centre. Then, there are the issues with the accommodation itself — issues to do with insulation, mould, and heating — that Portuguese buildings tend to have.

The Overtourism: Lisbon’s tourism boom has definitely had its benefits as it has created new jobs and pumped money into a struggling economy. However, the city really wasn’t designed for the sheer number of tourists that now visit every year. During the summer months, you’ll find yourself avoiding the city centre neighbours like Baixa, which is full off tuk-tuks, tourists on scooters, and people trying to sell you fake drugs.

Stressed out locals: Lisbon may not be London, but that doesn’t mean that people there aren’t stressed like in other capital cities. If anything they have more reason to be stressed: working hours and conditions can be just as long or bad, but pay is much lower.

Because of this people who live and work in Lisbon seem to be much more stressed than those who live in other parts of Portugal.

Most internationals that move to Lisbon choose to live in the city centre or in a nearby town like Cascais or Costa da Caparica.

Some of the most popular (and most upmarket) locations include city centre neighbourhoods like:

Marvilha and Beato are both up-and-coming, although more popular with the Portuguese than internationals, as is Almada across the water. Parque das Nações is another good option, which is popular with Portuguese due to the accommodation but overlooked by internationals as it doesn’t have the charm of the city centre.

Alfama, while popular with tourists, is less of a popular location to live in. Due to its popularity with tourists, the neighbourhood now has few essential amenities (like supermarkets).

The Bairro Alto and Cais do Sodré both have lots of residential areas, but are a bit more hit-and-miss in terms of noise due to the amount of bars in each.

If you want somewhere more affordable and more Portuguese, consider looking a little further outside of the city.

With the exception of the pastel de nata, Lisbon isn’t particularly famous for any of its local dishes, but it’s still worth trying local dishes like amêijoas à Bulhão Pato, bacalhau à brás, pataniscas de bacalhau, and iscas com elas at least once. You’ll find these dishes on tasca restaurant menus, although, increasingly, it’s becoming harder to find these types of restaurants as owners focus on international and upmarket Portuguese restaurants instead.

The pastel de nata is obviously worth trying, though. As well as the world famous Pastéis de Belém, there are several other cafés around the city that make great natas — and some people say they’re even better than those from Pastéis de Belém.

As with the rest of Portugal, anyone resident in Portugal has access to public healthcare through Portugal’s National Health Service (SNS – Serviço Nacional de Saúde).

There are also several private hospitals and medical facilities in Lisbon, which you can access through your health insurance or by paying directly.

Examples of some of the hospitals include the CUF Hospitals, Hospital da Luz Torres de Lisboa (formerly the British Hospital)

Aside from the hills (and they are steep), it’s very easy to walk around Lisbon City Centre. If you want to venture into other parts of the city, Lisbon has a good public transport network that’ll take you almost anywhere.

Walk: Lisbon is extremely walkable and, with the exception of attractions like Jerónimos Monastery, which are located in Belém, the majority of the attractions are in the city centre. The streets are hard and cobbled, however, and the city is built over seven hills, so be sure to bring a good pair of well-cushioned shoes.

Tram: Although trams are common in many cities in Europe, few can compare to the rickety old wooden trams that run through Lisbon. While many of these trams have been replaced by larger and more modern trams, there are still a few routes where you can ride a traditional wooden tram. If you have the opportunity, it’s fun to do it.

Funicular: A funicular is a mode of transport that you won’t find in many cities around the world. It’s essentially a tram that goes up a very steep hill and then back down again. There are three funiculars in Lisbon – Lavra, Glória, and Bica. Of these, Gloria is the most popular and offers the best views.

Metro: Lisbon has a good metro, which is particularly useful for getting to places like Parque das Nações, the airport, and the Entrecampos and Oriente train stations – basically destinations that are a little further out of the city centre. The metro does cover a lot of the city centre, but there are lots of parts that it doesn’t cover like Belém, Alcântara, Alfama, and Graça, many of which are destinations that you’ll want to visit.

Bus: The bus isn’t the most exciting way to get around any city, but it’s sometimes the most efficient way to get around. The bus network is typically more extensive than that of the trams and metro and, because it isn’t as exciting as say taking a tram, the buses are usually less crowded.

Ferry: Can get across the water by ferry. You probably won’t use this much – the main thing in almada is the statue of Jesus. There are also some good seafood restaurants as well. You may also use it if you decide to go to Costa da Caparica.

Taxis & Ubers: Taxis are available throughout Lisbon and several taxi apps, including Uber, operate here as well. Overall, Uber is probably the largest taxi app and the app with the most drivers. The other taxi apps can be slightly cheaper, however, and many offer free credit for your first ride.

Plane: If you want to leave Lisbon, the city’s large airport, Lisbon Humberto Delgado Airport, offers flights within Portugal, Europe, and internationally, particularly to former Portuguese colonies like Brazil, Angola, and Mozambique. Spanish airports like Madrid and Barcelona sometimes offer better deals to exotic international locations, but thankfully both Madrid and Barcelona are just a very quick flight and transfer from Lisbon.