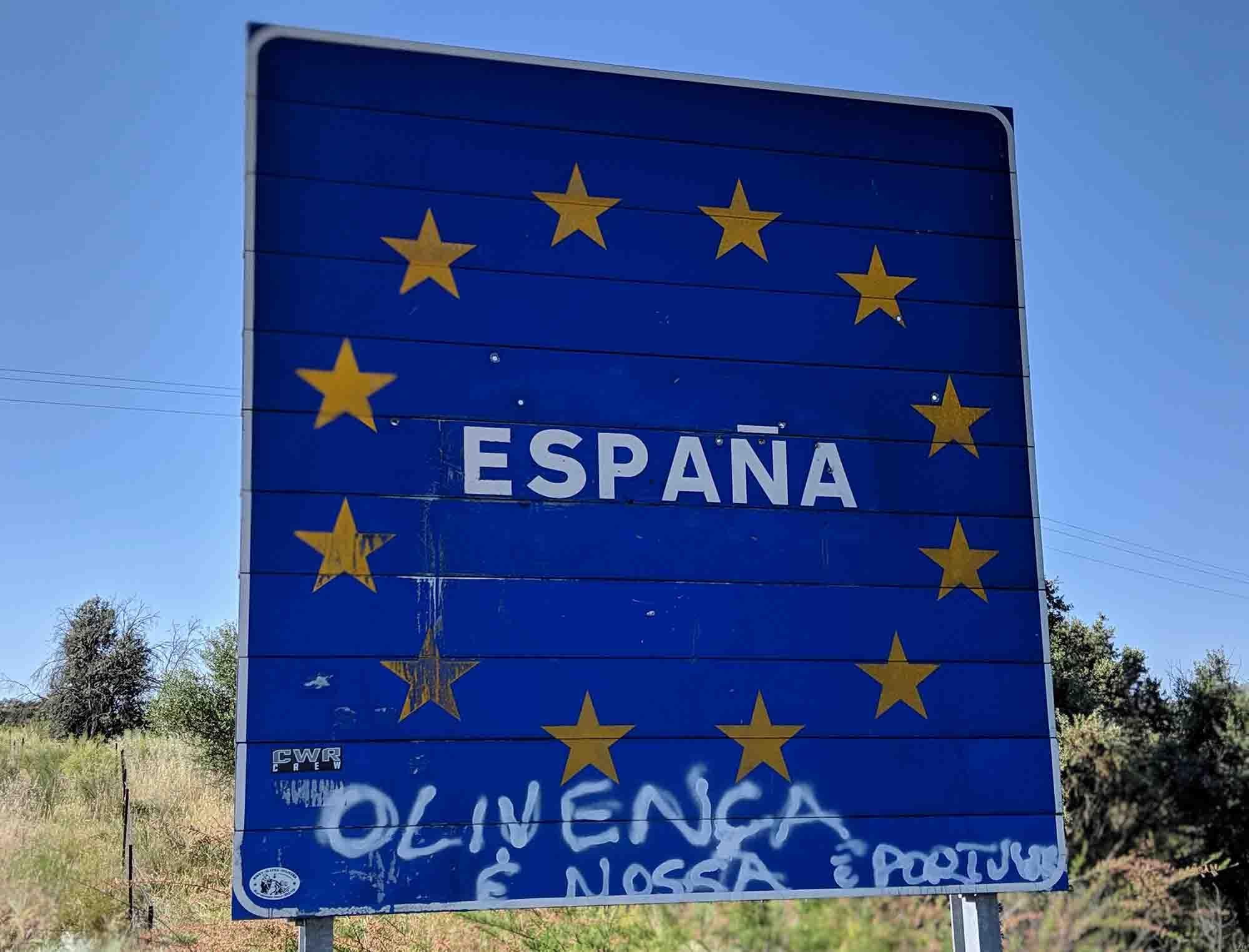 Drive over the bridge that crosses the Guadiana River, the river that separates Portugal and Spain, and you’ll be greeted with a sign welcoming you to Spain. Like the hundreds of other signs that are dotted along the Spanish border, it’s a blue sign with the word “España” surrounded by 12 gold stars: the EU symbol for unity, solidarity and harmony among the people of Europe.

This sign is slightly different, though. In contrast to the symbolism the 12 stars represent, someone has spray-painted “Olivença é nossa é português” below the word “España (Olizenza is ours it’s Portuguese).

Olivenza (or Olivença) is a small town in Extremadura that’s part of a border dispute between Spain and Portugal. The town is in Spain, but Portugal says it’s rightfully theirs. 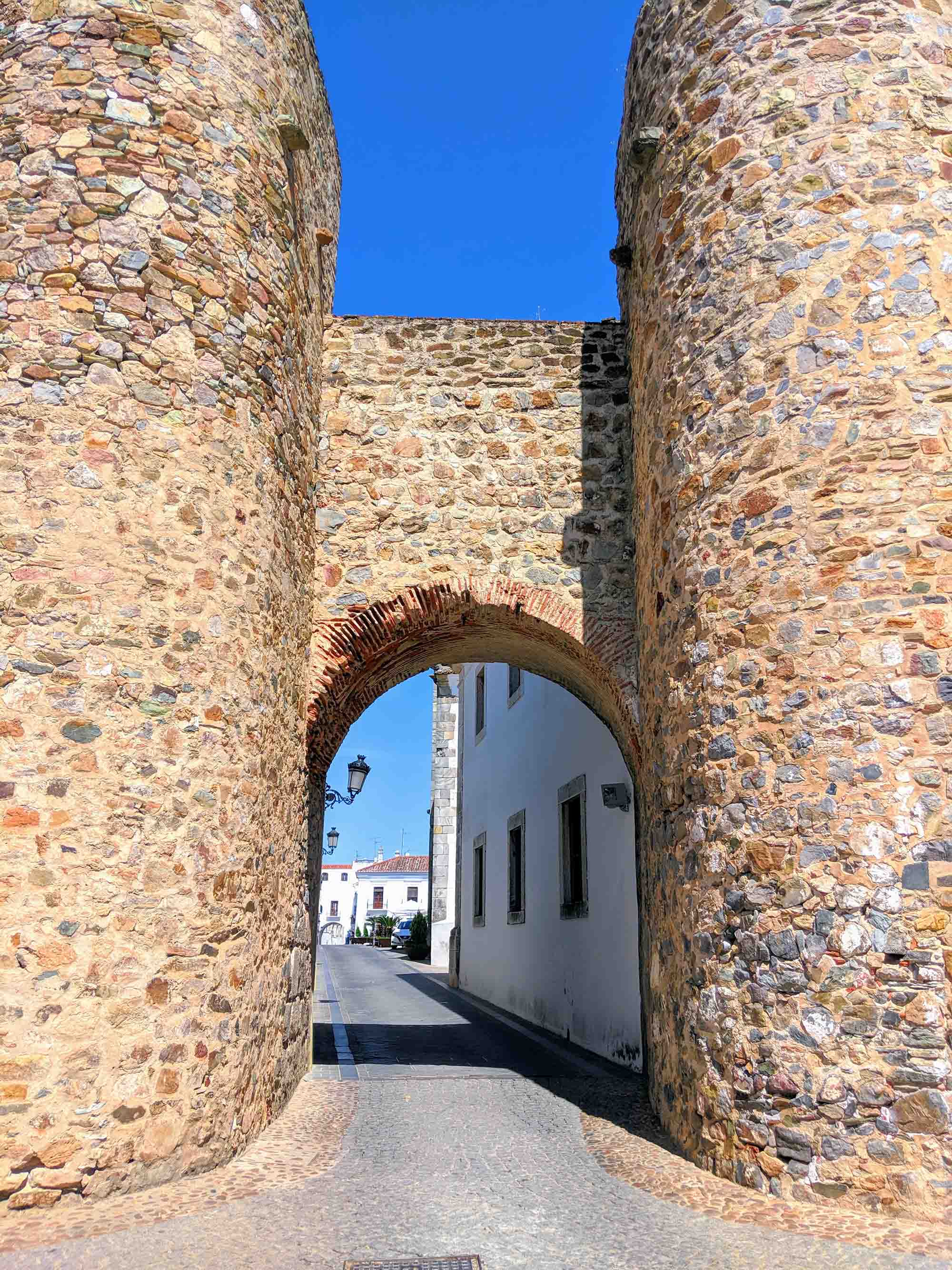 How Olizenza came to be Spanish

Although the Guadiana River presents a natural border separating Spain and Portugal, Olivenza, which is another 14 km inland, was part of Portugal from 1297 until 1801.

In 1801, during the War of the Oranges, French and Spanish troops led by Manuel de Godoy captured Olivença. When the Treaty of Badajoz was signed on 6 June 1801, Olivenza was kept by Spain.

Spain signed the treaty in 1817, but doesn’t believe that’s what Article 105 says. Interestingly, Portugal has also never made a formal claim to try and get Olizenza back.

It was obviously a big issue back in 1817 when Portugal put Article 105 in the treaty but, since they haven’t made a claim in over 200 years, it’s unlikely they’ll make a formal claim any time soon. That said, Portugal has never officially recognised Olizenza as being part of Spain and the issue does come up in Portuguese politics from time to time.

While there’s a lot of crossover between the Southern parts of Spain and Portugal, particularly in terms of culture and architecture, Olivenza definitely feels Spanish. That’s not surprising either: it’s been a part of Spain for more than 200 years. 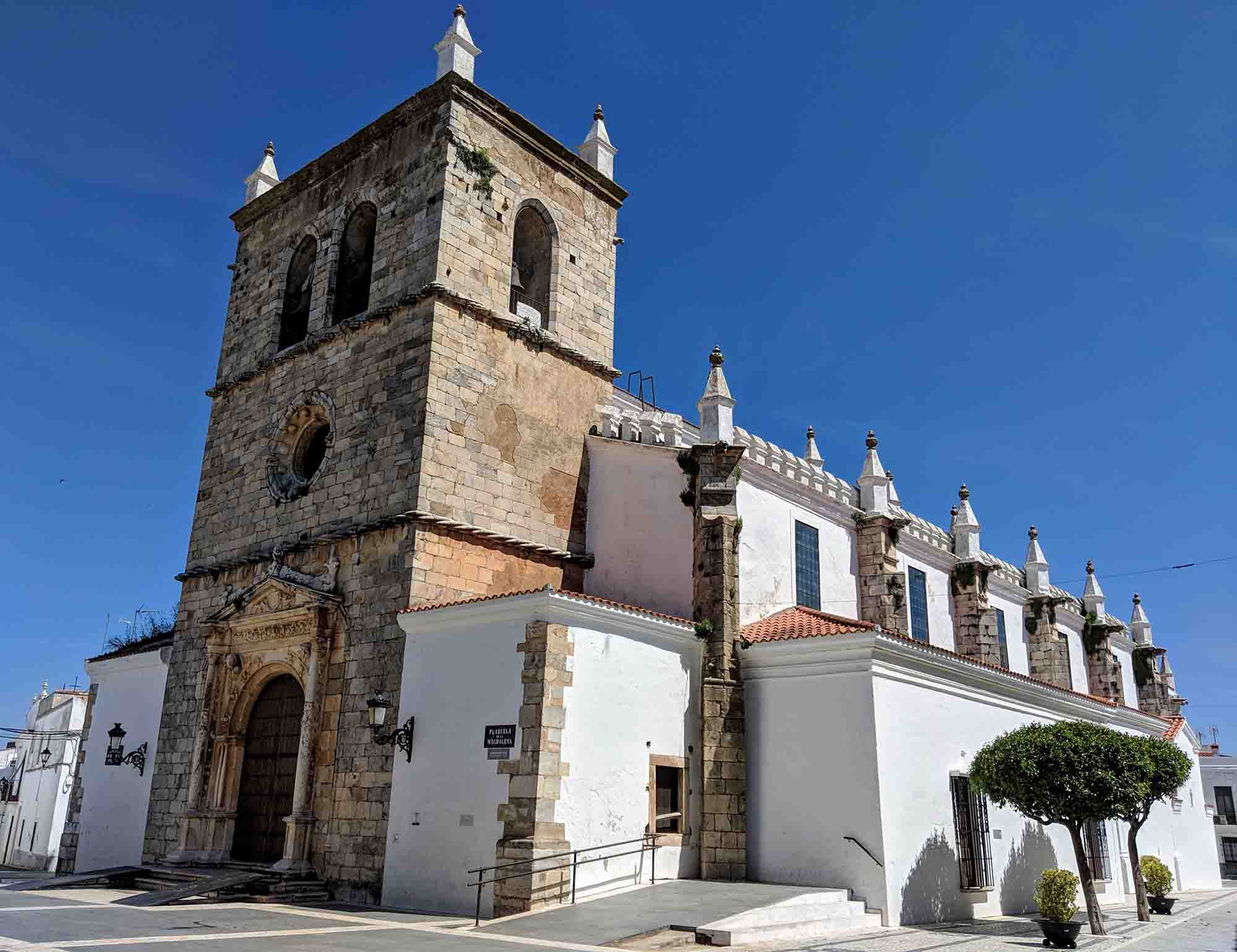 Everyone speaks Spanish, the menus advertise tapas and raciones, and there isn’t a Delta coffee logo to be seen. The street names – places like Calle Colón and Plaza de España – are undoubtedly Spanish as well. You can find bits of Portugal here, but you’re going to have to look for it. 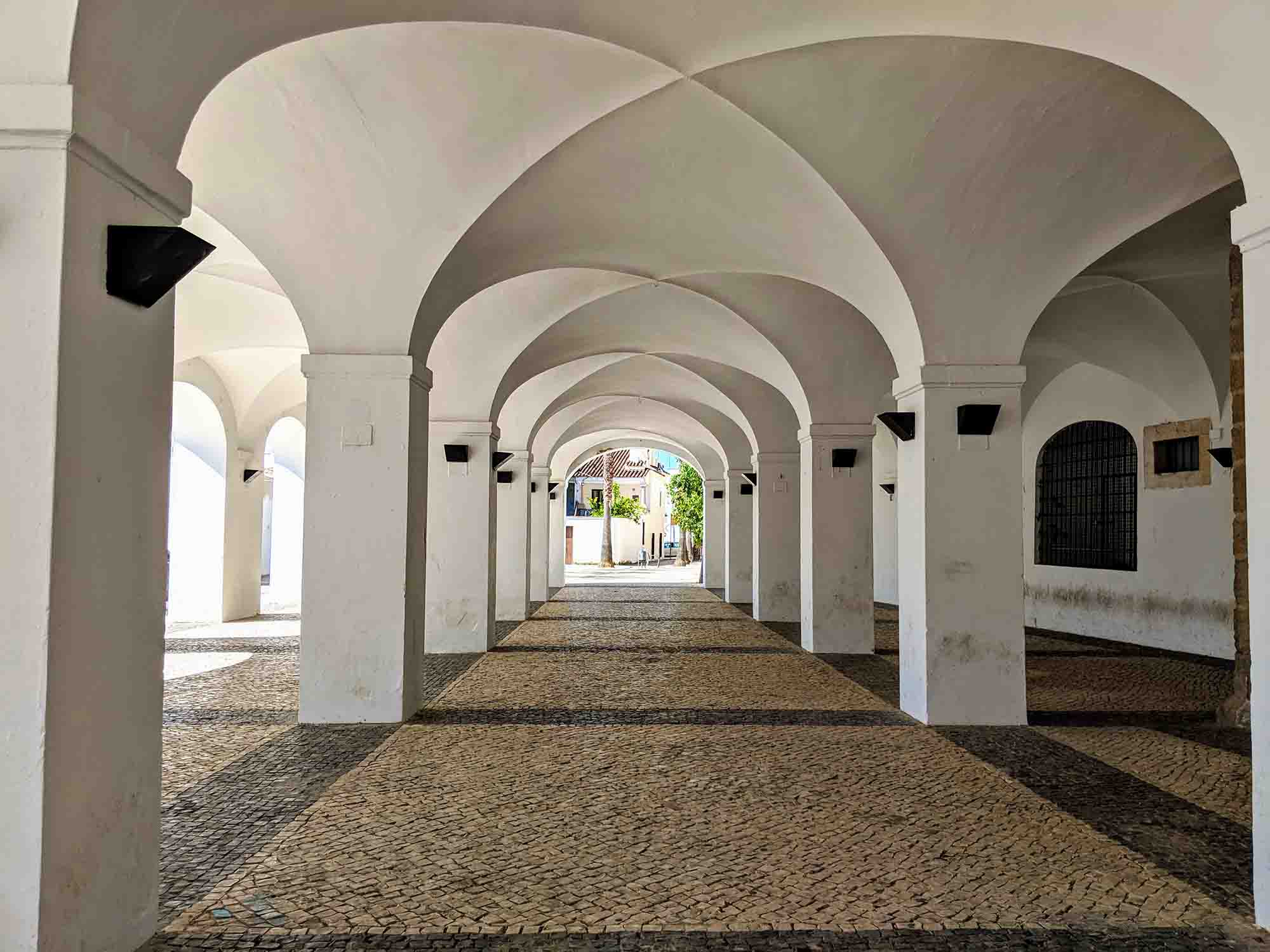 Although many people living in Olivenza have Portuguese heritage, it isn’t a big issue this side of the border. While Portuguese was once banned in the town, it’s now taught in schools. People are proud of Portugal’s influence on the town, but there’s no movement here to return to Portuguese rule.

Back in Portugal, however, there are a few grassroots organisations like Grupo dos Amigos de Olivença who are campaigning to make Olivenza Olivença again. The Portuguese government, although fairly quiet on the issue, also funds Portuguese lessons in Olivenza’s schools.

Back at the start of this century when the new bridge across the river was being built, Portugal refused to fund it for fear that it would mean acknowledging where the Portuguese-Spanish border lay. The EU stepped in to pick up the tab. Portugal then stopped Spain from restoring the former and ruined 16th Century Ponte da Ajuda, once again fearing it would mean acknowledging the new border. 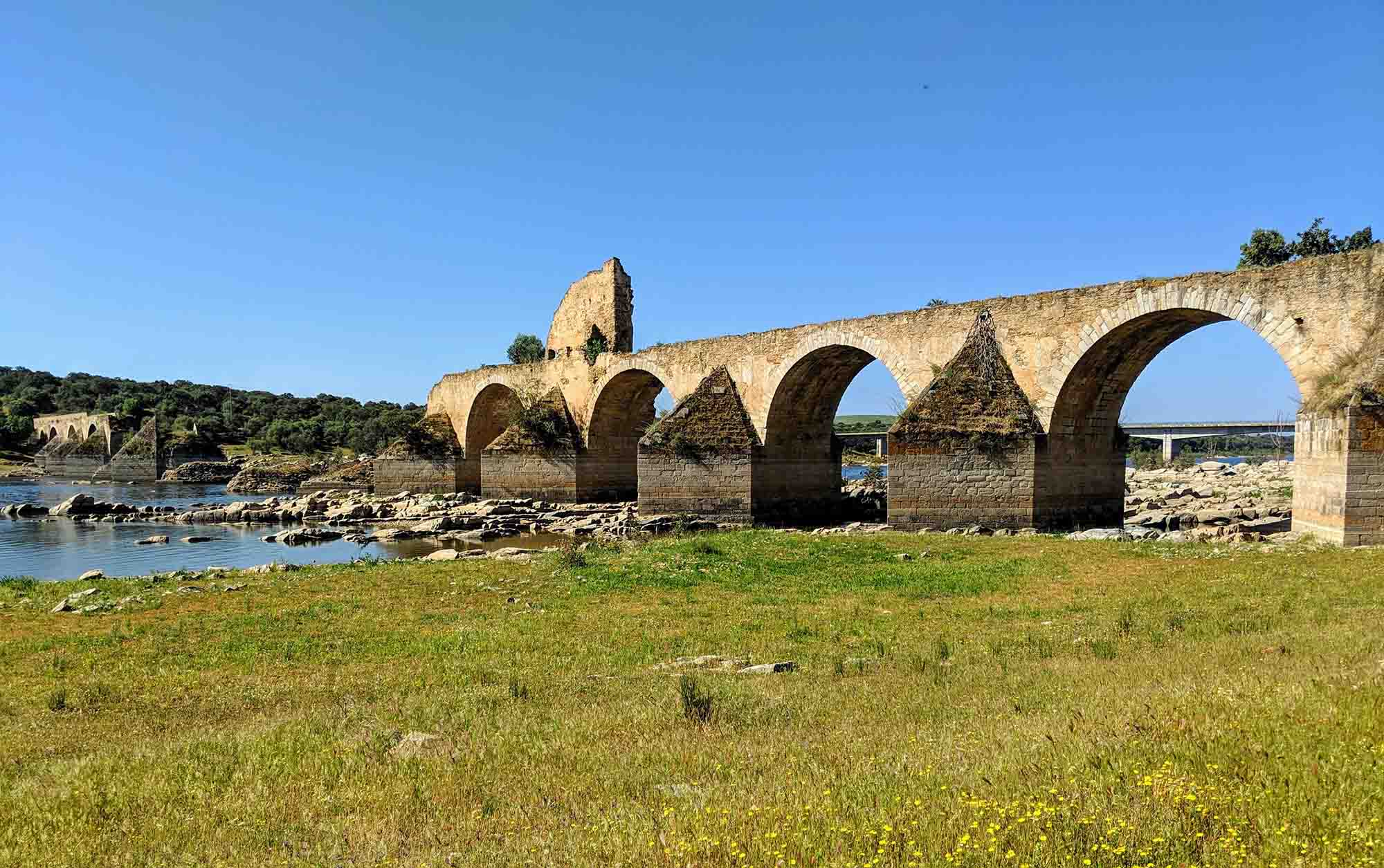 These days, disputes like this are generally handled through referendums. Scotland had one in 2014 and Gibraltar had sovereignty referendums in 1967 and 2002. If Olivenza was to have one, however, it’s unlikely that people would vote in favour of returning to Portuguese rule: less than 5% of its population consider themselves to be Portuguese.

For most residents, the Portuguese heritage is something to be proud of but borders have been drawn and it’s better to look to the future rather than to the past. For many Portuguese people, however, “Olivença é nossa é português.”

Written by James Cave
Article originally published on 9 May, 2019