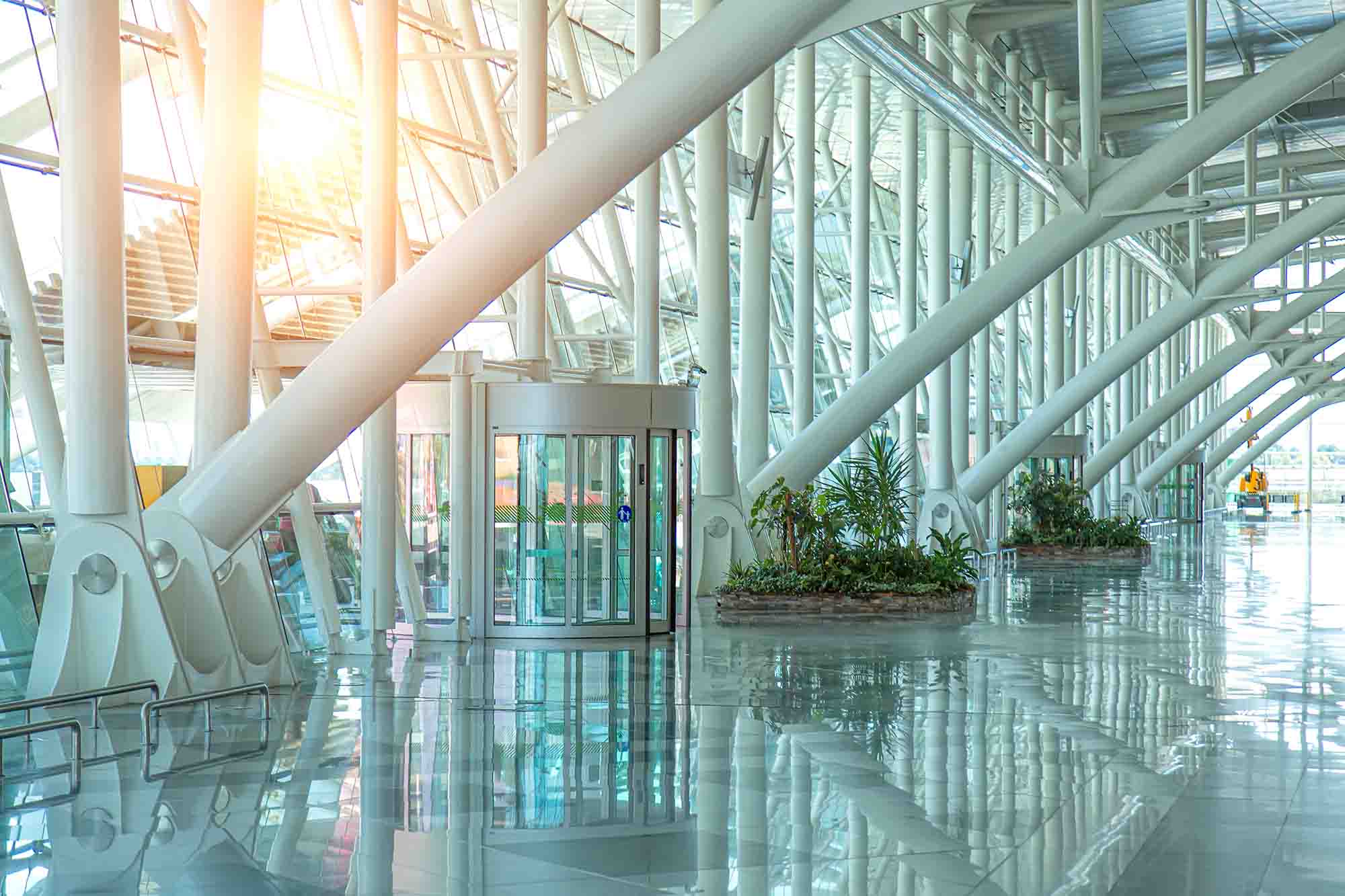 Although Porto’s metro system connects with Porto City Centre, sometimes it’s just easier to book an airport hotel—especially if you’re departing early or arriving late. There are several hotels near Porto Airport and many of these are within walking distance of the terminal, so there’s no need for an airport shuttle or taxi (although you can easily get one if you need one). This article focuses on those that are closest to the airport as that’s typically the most important thing when you are catching a flight early in the morning or arriving late at night.

Note: Porto Airport (full name: Francisco Sá Carneiro Airport) is in Maia, which is part of the Porto Metropolitan Area. If you’re looking at a hotel and see Maia instead of Porto in the address, don’t worry: it’s still part of Porto and not somewhere else in Portugal.

Ideal for those that want something really close by.

OPOHotel is one of the closest hotels to Porto Airport: just five minutes’ walk from the terminal building. Of course, you can also book an Uber or jump in a taxi if you prefer. Airport transfers are also available, but you need to arrange this with the hotel reception.

OPOHotel is an airport hotel rather than just a hotel near the airport, so everything is geared around travellers who are arriving or departing from Porto Airport. Breakfast is served from 4 am until 10 am, which is perfect if you have a very early morning flight. There’s a 24-hour reception so, if you have to leave early or arrive late, you won’t need to make any special arrangements. There’s also a restaurant on-site, ideal if you don’t feel like scouting out any nearby restaurants.

Ideal for those that want somewhere with a swimming pool.

Oporto Airport & Business Hotel is located 1.4 km from Porto Airport. It is walkable, but most people will find it easier to take public transport, a taxi, or the hotel’s airport shuttle service (which must be booked in advance). Taxis are available from outside of the airport or you could use a taxi app like Uber or Bolt, which are usually cheaper.

Facilities at the hotel include a rooftop swimming pool, a lounge, and a relaxing bar area. Light snacks are available throughout the day. The reception is open 24 hours per day, which is perfect for those that have early or late flights from Porto Airport.

Another great option for those that want something extremely close by.

One more option that’s within walking distance of the airport.

The Park Hotel at Porto Airport is just four minutes from the main terminal building. With a 24-hour reception desk, free Wi-Fi, and a bar, it has everything you need for a short and comfortable stay before your flight out of Porto. If you want to go into Porto City Centre, the Botica Metro Station is just a two-minute walk from the hotel.

This hotel is still within walking distance of Porto Airport, but it’s a tiny bit further: around twelve minutes on foot rather than the four of five minutes of many of the other hotels. It’s simple, but ideal for airport stays as well as a trip into nearby Porto.

The hotel has a small bar for relaxing in the evening, and which serves some light bites, but for a more substantial meal you may decide to venture elsewhere.

Simple, but within a short drive or bus ride of the airport.

Hotel Puma is situated around two km from Porto Airport, and offers simple accommodation a short distance from the airport. The easiest way to get to the hotel is by bus (#602) or by taking a taxi or Uber.

Facilities at the hotel are limited to a small bar and wifi. The reception is open 24 hours per day.

A cheaper option for those on a budget.

Just 10 minutes’ walk from Porto Airport, AirPorto hostel offers cheap accommodation near Porto Airport. Accommodation options include private double rooms and dormitory rooms. The double rooms at the hostel typically work out cheaper than the nearby airport hotels, and the dormitory rooms are cheaper again. Facilities include a fully-equipped kitchen, free Wi-Fi, and a shared garden and communal area. The nearest metro stations, Botica and Crestins, are both just a five-minute walk from the hostel.

Visiting other parts of Portugal as well? Be sure to read the guides to the best airport hotels in Lisbon and Faro.