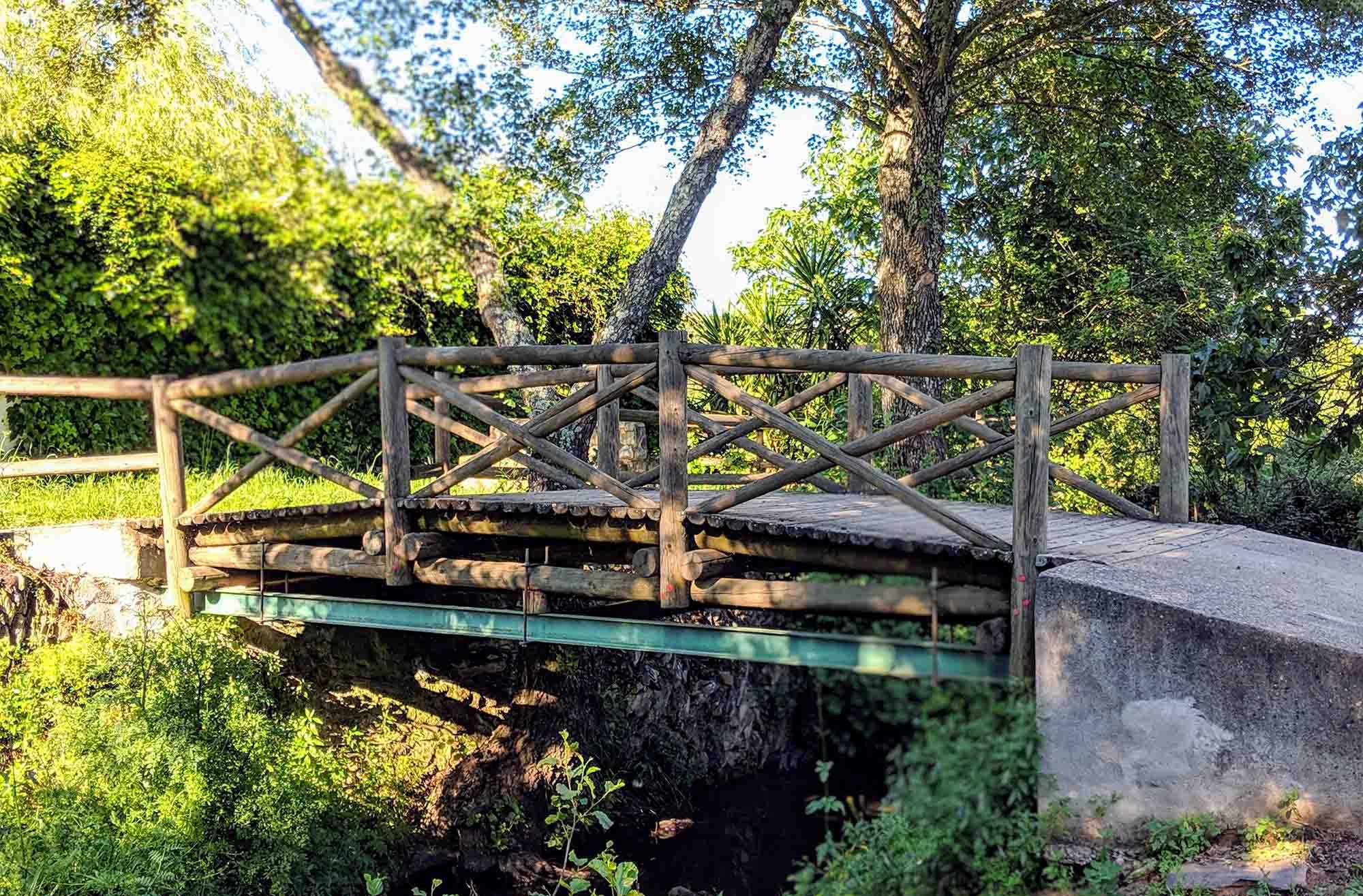 Novelty attractions like the “world’s largest tree” or the “world’s biggest ball of twine” can be a magnet for tourists. Not so with the “World’s Shortest International Bridge,” a small footbridge that measures just 3.2 meters in length (10.4 feet) and crosses the Portuguese-Spanish border.

The EU-funded bridge is situated in the Alentejo region of Portugal and connects the small village of Várzea Grande with the neighbouring Spanish village of El Marco in Extremadura.

In the warmer months, the Arroyo Abrilongo river is so narrow that you could almost jump across it without needing to use the footbridge, a visual reminder of just how small the border between one country and another can sometimes be.

Footbridge or not footbridge, the border here has never really separated the two villages. Even before Schengen came into being, removing border checks between Spain and Portugal, locals from either side still crossed the river on a makeshift bridge made from planks. Smuggling between the two countries was common: the Portuguese sold the Spanish coffee and towels while the Spanish sold knives and wine in return.

The removal of border checks meant that the bridge could now be official and so, during the 90s, handrails were added to make it safer. Then, at the start of this century,  the local council in Arronches (Portugal) decided to build something more permanent.

Although the bridge was built in 2008, it has barely managed to garner a handful of Google Reviews since then. Clearly attractions like “world’s largest” or “world’s smallest” do much better in the US than they do here in Portugal and Spain.

It’s probably not a bad thing either as this bridge was never meant to be a tourist attraction. There’s only really space for one car to park (and especially turn) here and, if the bridge ever did become popular, it would only take two cars to create a traffic jam.

To get to the bridge, just follow the Google Maps marker, which is located near Esperança in The Alentejo. The marker will have you drive in Spain for about 10 minutes but, if you’re renting a car that doesn’t allow you to cross the border, all you need to do is point your GPS to Várzea Grande in Portugal instead.

Other bridges with a similar claim

A quick Google search reveals that there are several other bridges (or bridge owners) claiming to be the world’s shortest international bridge.

One example is Zavikon Island, a small island that’s located in Canada and connected by bridge to another small island which the island’s owner says is in the US. Some experts believe that the islands are actually both in Canada but, more importantly, the bridge is 32 feet in length: 3 times the size of the bridge connecting Portugal and Spain.

For the time being, the title for shortest international bridge goes to this bridge connecting Spain and Portugal.