Skip to content
Portugalist > Latest Articles > Places > The Algarve > What it’s Like to Live in The Algarve… Should You Move Here? 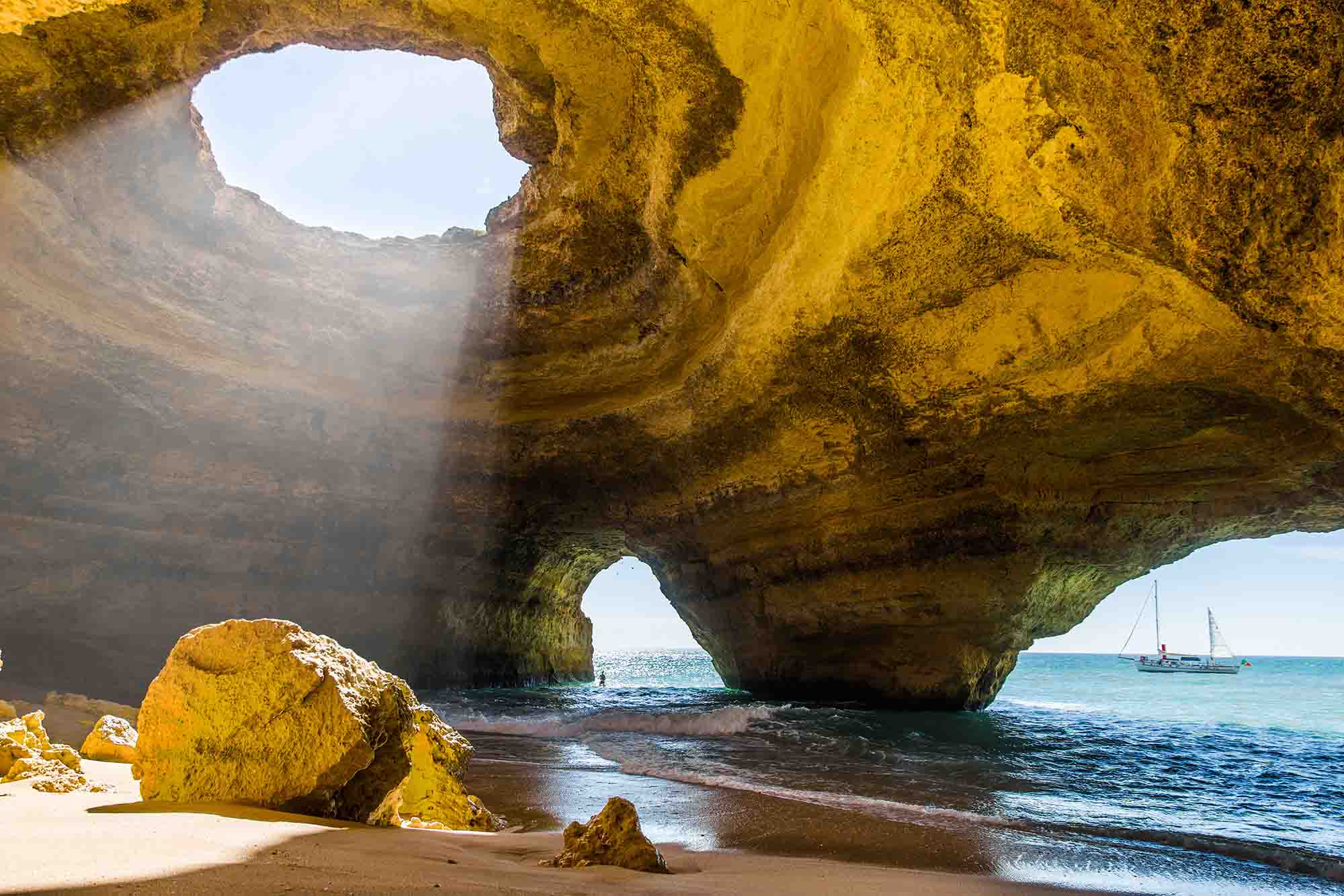 With more than 300 days of sunshine, over 100 beaches, and a relatively low cost of living, the Algarve is one of the most popular expat destinations in Europe.

Many people imagine the Algarve to be beach resorts and, while that does exist, it’s only one side of the Algarve (mainly Albufeira and Praia da Rocha). The Algarve is roughly 155 km in width, and the region stretches from the Atlantic on the West Coast to the Spanish-Portuguese border in the East. Within the Algarve, you’ll find all different styles of living and all different types of people that move there. There’s the Golden Triangle, for example, which is known for its gated villas, Michelin-star restaurants, and yacht-owning residents. Then there are places like Monchique, the mountainous and rustic spa town, that attract a more alternative, yoga-loving crowd, particularly from Germany and Holland. The Algarve is incredibly varied in this way, and it’s all about finding the right part of the Algarve for you.

The majority of people that move to the Algarve are retirement age, but, besides those that come to work in tourism, it also attracts people who come and start their own business or are able to work remotely.

Photos of the Algarve

Like everywhere, there are good and bad bits to living in the Algarve.

Where to move to

You may have decided that you’re moving to the Algarve, but the next step is to decide where. The Algarve is a large area that’s around 150 km in length. Although you can easily get across it, particularly on the A22 motorway, you should concentrate on a particular part of the Algarve.

It can help to focus on one of the three unofficial regions of the Algarve: the Eastern, Central, and Western Algarve. Each region has its own feel, and its own pros and cons for moving there. The Central Algarve, for example, has some of the best beaches and is in an ideal location for exploring to the East or West. However, it’s also the most touristy part of the Algarve.

Portuguese food on the Algarve is a mixture of traditional Portuguese dishes that you can find throughout the country and local Algarve dishes that aren’t really found anywhere else.

Regional specialities include cataplanas (a type of stew cooked in a clam-shaped dish), rural Algarve dishes like javali (wild board), and frango piri piri (piri-piri chicken). You’ll actually find piri-piri chicken in other parts of Portugal, especially at churrasqueira takeaway restaurants, but the best piri-piri restaurants are on the Algarve.

Weather on the Algarve

In the past, most people visited the Algarve in July and August but that’s starting to change. More and more people are coming to the Algarve outside of the peak summer months and even through the winter months (the Algarve does have more than 300 days of sunshine after all).

Although it’s impossible to predict, the following month-by-month guide should give you an idea of what the Algarve is like throughout the year.

As with most of Portugal, the easiest way to get around the Algarve is, without a doubt, with a car. Public transport can be limited, although it does vary from town to town.

The Algarve’s trainline runs from Vila Real de Santo António in the Eastern Algarve (next to the Spanish border) until Lagos in the West. It doesn’t stop at all of the towns along the way, however, and often the train stations are located several kilometres outside of the town centres. Still, it covers a lot of the Algarve, and is a very pleasant way to get around.

There are also local bus services, although the frequency varies from town to town.

The Algarve also has its own regional airport, Faro Airport. This mainly offers flights to northern European countries like Germany, The Netherlands, and the UK, and for other international flights, you may need to go to Lisbon or take a connecting flight to Madrid or Barcelona. There’s also a very small airport near Alvor called Portimão Airport, which offers some flights within Portugal.