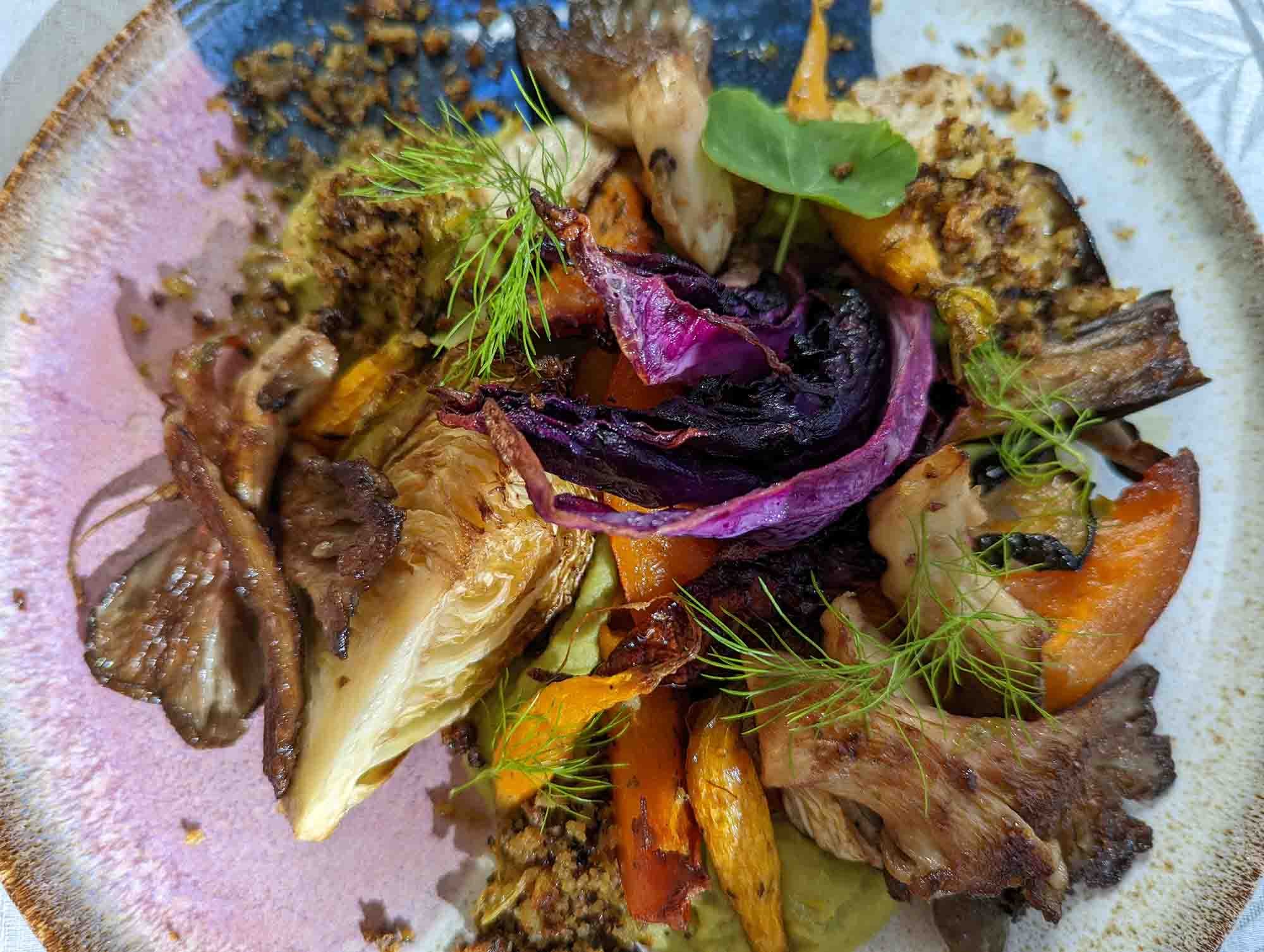 If you’re visiting Portugal or planning to move here, you may be wondering whether it’s vegan-friendly. Trustfully, Portugal isn’t always the easiest place for vegans. Most traditional Portuguese dishes contain either meat or fish, and to not include either is pretty much unthinkable. Even soups like caldo verde, which is mainly made of cabbage and potato, includes at least one obligatory slice of chouriço. Then there are the traditional cakes and pastries, which typically use a lot of eggs. In fact, one of Portugal’s most famous types of cakes, doces conventuais, are based on the fact that monasteries had left over egg yolks and needed to find creative ways of using them up. That’s where the pastel de nata comes from.

But time are a-changin’. These days, there are plenty of vegan restaurants in Lisbon, Porto, and the Algarve, and they’re spreading throughout the rest of the country as well. Most modern coffee shops offer non-cow milks such as soy and almond and there are several Portuguese bakeries that even have a vegan pastel de nata on their menu. Apparently, it’s now the law[1]https://www.livekindly.co/vegan-options-portugal-law/ that prisons, hospitals, and schools have to have a vegan option on the menu. There are also Portuguese footwear brands like Nae and Fair that make vegan shoes in Portugal.

Thanks to all the different vegan restaurants, it’s fairly easy to visit somewhere like Lisbon or Porto. Living here as an expat isn’t much harder either: most expats opt for the more modern rather than traditional restaurants, and so there’s usually something vegan-friendly on the menu. And you don’t always have to miss out on traditional Portuguese food either as some restaurants now make vegan alternatives.

Those are the cities though, though, and often within specialist, modern restaurants and cafés. While these types of restaurants and cafés are spreading across the country, walk into a traditional pastelaria or restaurant and ask for a vegan option or soy milk and you won’t have the same luck and you’ll need to look out for the vegan go-tos like:

Self-catering is another option. Health food supermarkets like Celeiro are popping up all over Portugal and most large supermarkets like Pingo Doce or Continente have a large health food aisle. There are also online shops, such as LivGood. Of course, if it’s just fruit and vegetables you want, you don’t need a specialist shop. As well as the different supermarkets, you also have the wonderful municipal markets which are cheap and usually carry excellent produce as well.

Familiar vegans meats, such as those made by Quorn or Moving Mountain, aren’t all that common in Portugal. However, there are some smaller brands and some supermarkets produce their own ranges of vegan burgers, yogurts, ice cream, fish fingers, and just about everything else. Dairy-free milks, such as soy or almond milk, are available in most supermarkets. Tofu and seitan are also available in most Portuguese supermarkets, particularly the larger stores. (Read more about finding vegan and vegetarian products in Portugal).

As well as your basics, look out for sweet potatoes from Aljezur, bananas from Madeira, pineapples from the Azores, diospiros, and pomegranates. There are also one or two naturally vegan dishes, like queijo de figo, an Algarvian cake made from just figs, almonds, and spices, and the roast chestnuts you’ll see sold on the street during the autumn and winter months.

Being a vegan in Portugal isn’t always easy but, between the more modern restaurants popping up everywhere and the wonderful fruit and vegetables available throughout the country, it’s increasingly becoming doable.

Wendy Werneth, who otherwise goes by the name The Nomadic Vegan, writes:

“I’m sharing my first-hand experience here as a vegan world traveler who has lived in Lisbon for more than five years and has traveled extensively all over Portugal. In fact, I’ve walked the entire length of the country from south to north on a little-known route of the Camino de Santiago that goes through eastern Portugal. This involved passing through very sparsely populated areas and eating in lots of small towns and villages where no one had ever heard the word ‘vegan’ before. And while it was rarely a gourmet experience, I never had to go hungry. The local restaurants almost never had anything vegan listed on the menu, but I would just ask the staff if they had any vegetables or legumes on hand. In many cases, they prepared me a simple but filling and healthy meal at a more than reasonable price.

And in the worst case, I would just stick to the standard side dishes of salad, rice and French fries, which were always available. Vegetable soup (“sopa de legumes”) was usually also on offer. If you suspect this might be all that’s available where you’ll be eating, you could swing by a supermarket beforehand and pick up some veggie sausages or some kind of sauce to embellish your meal. Most grocery stores in Portugal nowadays carry at least a few specialty veg items. Oh, and for an easy protein boost, you could ask for “tremoços”, which are an extremely popular bar snack in Portugal that almost any bar or café will have on hand. These are lupin seeds, which are high in protein and other nutrients and are actually the main ingredient in a lot of veggie meats produced these days.

But in reality, when traveling to Portugal it’s unlikely that you’ll visit such remote villages as I was walking through anyway. In the country’s more popular destinations, the situation is a lot more promising. Lisbon has quite an amazing vegan food scene, and Porto is not far behind. And in smaller cities and towns that attract tourists, there are usually at least one or two restaurants that cater to vegans. Be sure to download the HappyCow app to your phone before your trip. This crowdsourced global directory of veg-friendly restaurants is a godsend for vegan travelers and will lead you to delicious vegan meals even in some unlikely corners of the country.”

If you enjoyed this article, be sure to read the vegetarian survival guide to Portugal