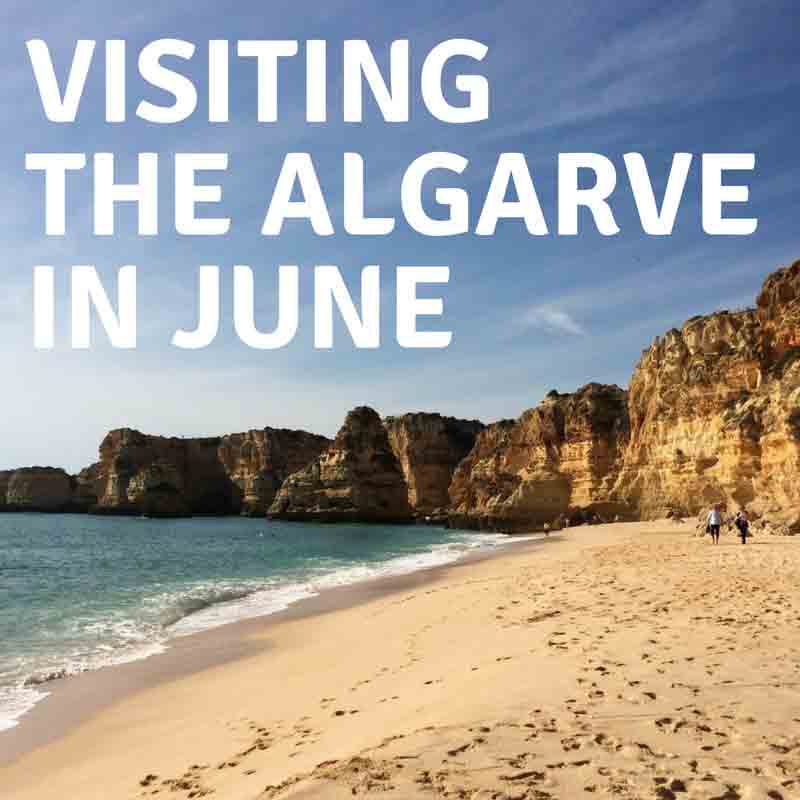 Reasons to visit the Algarve in June

For cheap hotels in the Algarve, booking.com is always a good place to look. For car rental, comparison sites like rentalcars.com are worth looking at.

What’s on in the Algarve in June?

The annual festival of sand sculpture takes place in Pêra from March until October. Every year, artists from all over the world travel to the Algarve to build huge themed sandcastles based on that year’s theme. Carvoeiro’s Black & White Night is one of the most popular summer events in the Algarve, with crowds expected throughout Carvoreiro Town Centre and across Carvoreiro’s beach (Largo da Praia). Expect DJs and summer fun from around 20:00 until the early hours.

One for the foodie’s diary, the Cataplana Festival in Castro Marim celebrates this famous Algarve dish. The festival usually takes place throughout the month of June, with restaurants in Castro Marim participating and offering special cataplana dishes.

A traditional festival with parades, costumes, and lots of grilled sardines. This is a fun, local festival that’s worth taking a look at.

More information and ticket prices can be found on the Festival Med Facebook page.

A relatively small beer festival, Silves Beer Fest normally takes place at Praça Al-Mutamid in Silves. Expect to be able to try around 50 different types of beer from across Portugal and worldwide.

For more events happening this summer in the Algarve, check out the month-by-month guide to events on the Algarve.

Weather in the Algarve in June

Expect temperatures in the mid-20s, but possibly as hot as the early 30s: perfect weather for relaxing on one of the Algarve’s many beaches or by the pool.

Have you visited the Algarve in June? Do you recommend that as a month to visit. Share your thoughts or ask a question by leaving a comment below.