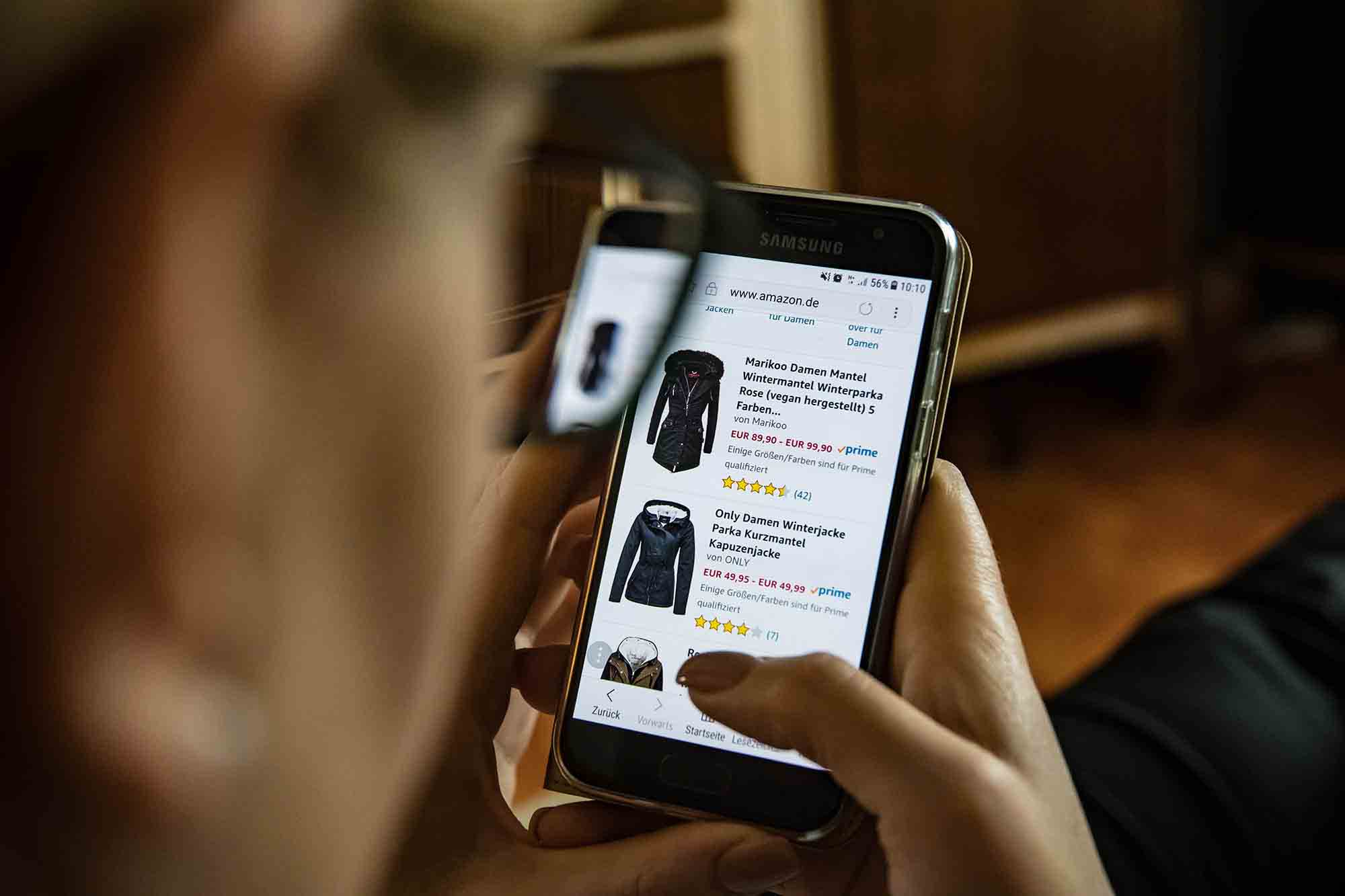 Amazon doesn’t officially have a presence in Portugal yet, but that doesn’t stop people shopping at Amazon Spain, Germany, UK, and even Amazon US.

Read more in Portugalist’s guide to shopping at Amazon from Portugal.

EBay may not be as popular as classifieds website OLX, but that doesn’t mean it’s not popular – some estimates suggest that, in Portugal, it’s even more popular than Amazon.

Read more in Portugalist’s guide to shopping at eBay from Portugal.

What’s the most popular online shop for Portuguese shoppers? If you thought Amazon, which is what I guessed, you’d be wrong – at least according to data I was able to get from SimilarWeb, a web analytics company.

According to SimilarWeb, the most popular e-commerce and shopping website in Portugal is OLX.

Of course! OLX, the Craigslist of Portugal, is the most popular website for buying things in Portugal whether that’s second hand furniture, a house, or even farm animals.

Is it an online shop, though? Most people would say no. In that case, the most popular online shop in Portugal is Worten followed by Aliexpress and then Fnac.

Unsurprisingly, a lot of online shopping in Portugal is international. This isn’t just expats that shop here, but Portuguese shoppers as well.

According to SimilarWeb, more people in Portugal use Amazon.com than Amazon.es. This could be true, but it does seem unlikely as it shopping at Amazon.com (the US site) means paying customs and import duties on online orders.

Anecdotally, most people I know shop at Amazon Spain or, at least, look at Amazon Spain first. Amazon Spain doesn’t have as good a selection as Amazon UK or Amazon Germany, but it’s geographically closer and, unlike the other Amazons, it offers free shipping on orders over €29 or €19 for books.

Either way, Amazon appeared several times in the top 20 for Amazon.com, Amazon.es, Amazon.co.uk, and Amazon.de.

EBay actually ranks higher than Amazon, according to this report. There are a couple of reasons why this might be.

Firstly, if you’re shopping from Portugal, it’s actually easier to use than Amazon.

With Amazon, often you don’t know how much shipping will be until you get to the checkout. Sometimes, and this is actually quite regular, you’ll find out that the seller doesn’t actually ship to Portugal.

Ebay is much easier. You can click to short by ‘Price + Shipping: Lowest First’ and eBay will include the cost of shipping the product to Portugal. If the product can’t be delivered to Portugal, eBay won’t show it.

Gearbest is a popular site for buying electronics, clothes, toys, and just about everything else from China. The products are usually much cheaper than what you can find in Europe, but are usually made by a brand you’ve never heard of. Standard shipping is also generally quite slow, and orders often take more than a month to arrive and are often stopped by customs.

That said, it’s usually very affordable and, if you know what you’re looking for, you can often save quite a bit of money by shopping there.

Aliexpress is another popular shop for buying Chinese-made products, not just in Portugal but around the world. It’s particularly popular in countries like Brazil, Russia, the United States, and Spain.

Essentially, Aliexpress is eBay but for brand new, Chinese-made products. This could be anything from gadgets and electronics to clothing, but also power tools, home and garden appliances, furniture, or sporting equipment. You name it, you can get it on Aliexpress.

As with Gearbest, shipping can be quite slow and many items get held up in Portuguese customs.

Although international sites like Amazon and Aliexpress are extremely popular in Portugal, that’s not to say that Portugal doesn’t have its own native companies. The following are just a handful of the most popular online shops in Portugal.

Worten is a Portuguese chain that sells electronics and home appliances – everything from laptops and mobile phones to fridges, televisions, and blenders. You’ll find a Worten in just about every part of Portugal, including Madeira and the Azores, as well as in parts of Spain. Worten’s online shop, worten.pt, is one of the most popular Portuguese online shops in Portugal.

Fnac is a French chain that sells music, electronics and appliances, gifts, gaming equipment and video games, and toys. Like Worten, Fnac is fairly widespread and you’ll find a Fnac store in most parts of Portugal.

OLX technically isn’t a shop. It’s a classifieds website, similar to Craigslist in the US or Gumtree in the UK and Australia. It isn’t the only classifieds website in Portugal. Other popular sites include Sapo, Custo Justo, Coisas, and Miau.

Still, it’s one of the most popular Portuguese destinations for online shopping. Like Craigslist or any other classifieds website, you can buy everything here from new and second hand mobile phones to furniture, clothes, cars, and more.

Continente is one of Portugal’s largest Portuguese supermarkets but, as well as being a place to buy groceries, it’s also a popular place to buy homewares, furnishings, furniture, gifts, and toys.

Wook is a Portuguese online bookshop that sells printed books and ebooks. Prices tend to be higher than Amazon or Book Depository but, despite this, it’s still one of Portugal’s most popular online stores.

Ticketline is Portugal’s largest ticket website. If you’re looking for tickets to concerts and events, the theatre or even the cinema, there’s a good chance it’s sold through Ticketline. As so many events are sold through ticketline, it’s actually a good website to look at just to see what’s happening locally.