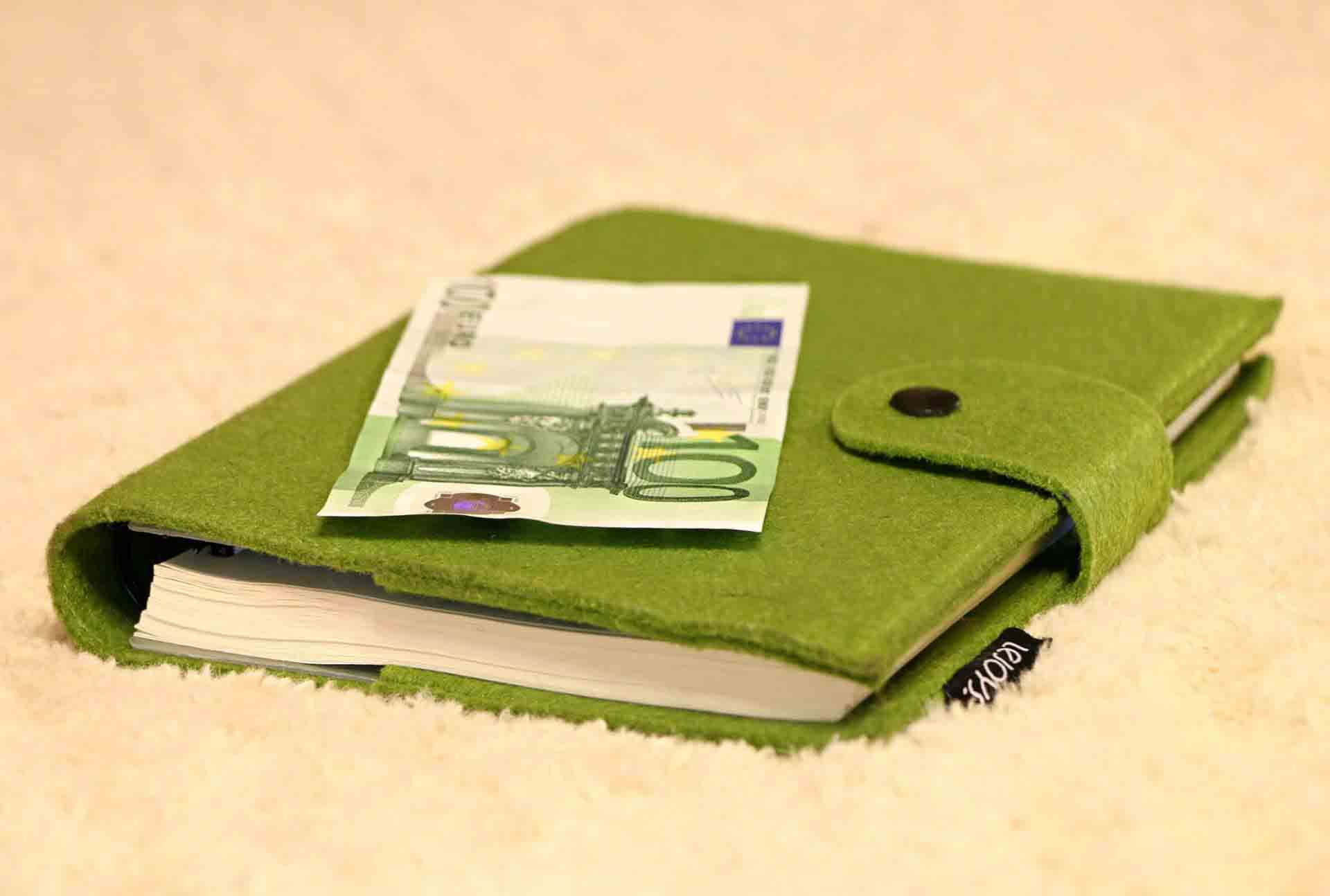 Porto is one of Portugal’s most beautiful cities, and some would say its most beautiful. Although smaller than Lisbon, it has plenty of great bars, restaurants, shops, and cafés. Most importantly, the cost of living in Porto is much more affordable than Lisbon particularly when it comes to rental and property prices.

Porto’s proximity to the beach makes it popular with surfers and those that want to be by the coast, and it’s just one the many reasons that many Portuguese people prefer Porto to Lisbon. The Douro Valley and cities like Guimarães and Braga are both easily accessible, and perfect for day trips or weekends away. It’s also close to Northern Spain, particularly Galicia, with Vigo and Santiago de Compostela both within a 2 and-a-half hour drive from Porto.

Although not as big as Lisbon, Porto has a growing international scene of expats and digital nomads who’ve chosen to make Porto their home. There are weekly meetups for expats, digital nomads, book clubs groups, and coders, and Porto has plenty of sports clubs and societies than you can join as well.

Rental prices for a 1 or 2-bedroom apartment in Porto start from around €500-550 per month, but prices can be closer to €400 if you head a little bit away from the city centre. You can get a better feel for the typical prices by browsing the major property websites that cover Porto rentals.

If you’re staying on a shorter-term basis, there are quite a few Airbnbs with a monthly rate of around €700.

Note: If you’re looking at property listings, you’ll notice that properties are listed as a T0, T1, T2, etc. It’s very simple. T0 is a studio apartment, T1 is a 1-bedroom apartment, etc.

Eating out in Porto

Eating out in Porto is very affordable, particularly at lunchtimes, and especially if you stay away from the touristy restaurants. Many places offer a lunch menu (main, drink, dessert, and coffee) for around €6-13. For dinner, three courses will typically cost between €20 and €30 per person excluding wine.

Wine is not expensive in Portugal, and you can often get a bottle from €10-12. Many places will have a house wine that’s even cheaper.

Porto’s most famous sandwich, the francesinha, will cost you around €9-€10. If you’re not sure whether you want a whole one, many places offer half portions as well.

It’s also a good place to try fine dining on a budget. Many Michelin-starred places like Antiqvvm and DOP offer a lunch menu for around €25.

Coffee is also cheap, and can cost as little as €0.50 while a pastel de nata from one of the top pastelarias in Porto will typically set you back €1. Porto also has plenty of hipster cafés, bars, and restaurants for those that want things like pour pour over coffee, burgers, and cocktails.

Grocery shopping in Porto is on par with the rest of Portugal. The biggest issue is finding a decent supermarket, as many of the supermarkets in the city centre are mini metro-style supermarkets.

If you live near a market, like Mercado do Bolhão, you can also do the majority of your shopping there. The quality is typically better and the costs lower than a supermarket. Aside from things like cleaning products, you can find pretty much everything you need at these markets including fish, meat, fruit, vegetables, and legumes.

Alcohol is generally very affordable in Portugal overall. Having a glass of wine or beer in a bar is never going to blow the budget, and a bottle of wine in the supermarket will typically set you back between €3 and €10. Expect to pay €1-2 for a small beer (um fino) like a Super Bock in most cafés, and about the same for a glass of wine. Craft beer, which Porto has quite a bit of, is naturally going to be more expensive.

Of course, if you’re living in Porto, you should aim to try as much Port wine as possible. This is Porto’s pride, and it’s something that you can easily gain an appreciation for while you’re here.

A bottle of Port wine starts at around €5-10 in the supermarket, with the most expensive ports costing several hundred or even thousand Euro. You don’t need to start into them just yet: you can pick up plenty of great bottles for between €5 and €30.

Porto is quite a small city, and you should be able to get around a lot of it on foot. It also has a good public transport system with trams, buses, and a metro. Tickets for the bus and metro cost between €1.20 and €2, depending on the zone that you’re going to. Tram tickets are more expensive and cost €3 for a single, but it’s worth riding the tram at least once for the experience.

“>Uber is also available in Portugal, along with other taxi apps like Taxify and Cabify, and is an incredibly affordable way to get around. There are also traditional taxis, which are more expensive than Uber, but much cheaper than taxis in most other Western European countries.

You don’t need a car if you live near the city centre, and probably don’t want one either. Parking is difficult, and the roads are often very narrow. The only time you’ll really want one is if you decide to take a weekend trip away.

If you’re only leaving the city every now and then, it probably doesn’t make sense to own a car. You can easily hire one for the weekend, or join a car sharing program like Drive Now.

Utilities are expensive in Portugal, and you can expect to pay €100-€150 per month to cover expenses like water, electricity, gas, and bins. This will increase if you use the AC a lot in the summer or heating in the winter.

The heating in most apartments comes through the AC unit and, being honest, it doesn’t really heat the place. Houses in Portugal, even in Northern Portugal, are designed to stay as cool as possible so tend to be very cold in the winter.

Many expats in Portugal take out a health insurance policy, while others simply stay with the Portuguese health system. If you decide to do the former, you will need to factor these costs into your budget.

If you’re simply visiting Portugal, and don’t plan to register with a doctor here, you should ideally have some kind of travel insurance that covers medical issues. EU citizens are covered for most emergency care under the EHIC program, but insurance is always recommended.

If you’re planning to stay in Porto for a while, it’s a good idea to learn as much Portuguese as you can. Although many Portuguese speak excellent English, not having the language will make it more difficult to form deep friendships with locals.

Portuguese language courses vary in cost. Some of the most cost effective language lessons are through the University of Porto which offers a Portuguese as a Foreign Language Course. There are also several language schools in Porto which offer a mixture of intensive, one-on-one, and extended classes, as well as independent tutors who offer private lessons.

Porto’s shops range from international favourites like H&M and Primark to more expensive boutique shops, and there are options to suit every need and budget. Some items, like electronics and books, are more expensive in Portugal and many people shop at international sites like Amazon instead.

Portuguese bank accounts typically charge a monthly fee of between €5 and €10 and, if you decide to stay in Portugal long-term, you’ll probably need to open a bank account to pay for things like utilities.

Ideally, you should have a Euro bank account to accommodate currency fluctuations. A Portuguese bank account is one option, or alternatively there are app-based bank accounts like N26 and Revolut which are becoming increasingly popular.

If you’re running a startup, freelancing, or coming to Porto as a digital nomad, you may want to work from a co-working space. There are plenty of co-working spaces in Porto and a handful in nearby Matosinhos. Prices start from between €50 and €80 per month and the average price is just over €100.

Porto VS other parts of Portugal

Porto is Portugal’s second city and has, for the most part, the second highest cost of living in Portugal. Rents are lower than Lisbon, somewhere between 10-30% lower, but are much higher than the rest of Portugal.

If you’re looking for cheaper rents or cheaper house prices, you’ll probably need to head to another part of Portugal. Braga and Coimbra, the next two largest cities, are cheaper again while more rural parts of Portugal are even cheaper.

Even the Algarve, which can be expensive in some coastal areas, has more affordable rental prices and an overall good cost of living particularly for retirees.

13 thoughts on “Cost of Living in Porto: The Breakdown”

Get a Portuguese NIF number for €140 (normally €150) when you use the code PORTUGALIST at Bordr.io