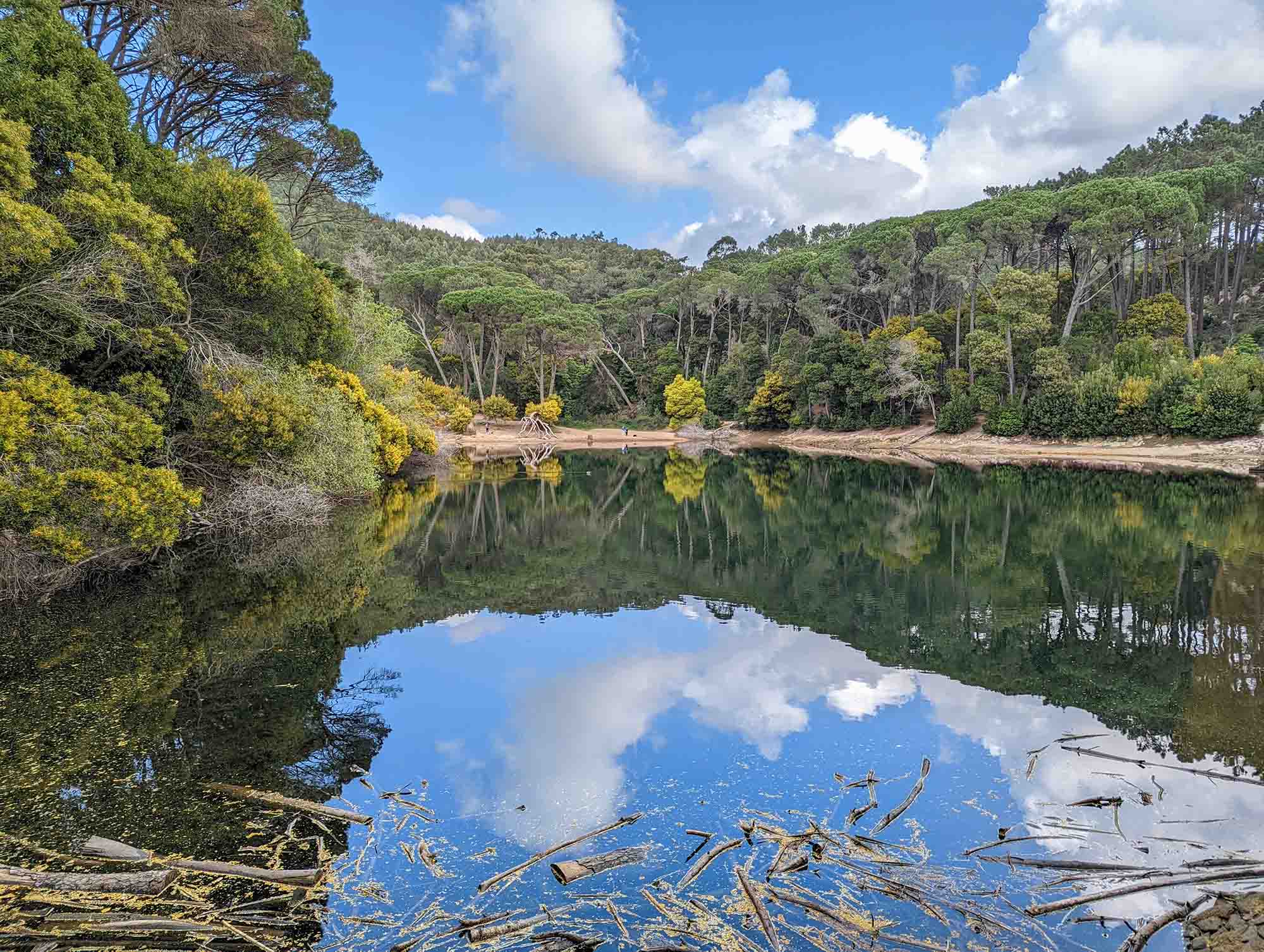 With its warm weather, laid-back lifestyle, and great selection of fresh, locally-produced fruit and vegetables, Portugal is a popular destination for those seeking a greener, more conscious, eco-friendly lifestyle. You’ll find like-minded people all throughout the country, but there are a few spots that particularly stand out. If moving to an area where there’s already a large community of similar-minded people, then these should be at the top of your priority list.

When some people think of the Algarve, they think of touristy destinations like Albufeira and Praia da Rocha. Well, there’s another side of the Algarve as well – a very popular side – and that’s the Algarve’s alternative and eco-conscious communities.

Although it gets its fair share of tourists in the summer, Lagos is one of the most popular destinations. It’s particularly popular with surfers due to its proximity to the Algarve’s West Coast and it has a big digital nomad community as well. Unfortunately, all of this also means that Lagos is one of the most expensive places to buy or rent property on the Algarve. If you’re on a budget, take a look at some of the surrounding towns and villages.

Monchique is another place to consider. Located in the mountains, it’s far away from the noise of the bustling coast, although you can drive to the beach in around half an hour if you want to. One downside is the lack of public transport – Lagos, in comparison, has both a bus and a train station – but that’s not a problem if you have a car or a bike. Another major downside to Monchique is the summer wildfires, something that has been a serious problem for the region in recent years.

Generally, though, if you head to Lagos or West of Lagos, you’ll find plenty of like-minded people, particularly in places like Barão de São João, Aljezur, Sagres, and Vila do Bispo.

Situated around 40 km north of Lisbon lies the popular surfing town of Ericeira. Similarly to Lagos, Ericeira attracts lots of surfers, remote workers, digital nomads, and young professionals. With a beach, waves, and proximity to Lisbon, this is understandably a popular place to live – and like Lagos, the property prices reflect that.

Besides the cost of living, one downside to Ericeira is the public transport connections to Lisbon. Although you can get in and out of Lisbon by bus, the journey time is much longer than a car.

Think of Sintra and you might think of Pena Palace and all of the other attractions, as well as the thousands of tourists that visit every day, but there’s another side to Sintra as well. Step away from the city centre, however, and you’ll find a part of Portugal that’s green, beautiful, and that has fantastic hikes through the surrounding forests. And, it’s just a short drive or public transport ride from Lisbon.

One downside to Sintra is the weather. Sintra has a microclimate (which is why it’s so green) so if you prefer drier weather, try living somewhere else nearby like Lisbon or Ericeira.

Famous for being a cruise destination and a popular destination for retirees, Madeira is also known for its hiking and, increasingly, as a destination for digital nomads, and those seeking a greener, more conscious lifestyle.

Lisbon may be the capital of Portugal, but it’s not a busy capital like London or Paris. It still has quite a laid-back feel to it. That said, it can get busy, particularly during the summer tourist season, so it may be worth focusing on nearby coastal areas like Carcavelos, which is on the train line, and Costa da Caparica, both of which are outside of the city centre. If they feel a little too far out, consider neighbourhoods like

If you do stay in the city, whether for a short break or for a few months or years, be sure to walk in Monsanto. It’s located slightly out of the main part of the city centre, but still easy to get to for a Saturday or Sunday walk.

The Alentejo is growing in popularity, particularly for those that want the good weather found in the Algarve but without the tourism and high property prices. This part of Portugal, which incidentally is the largest part of Portugal, is growing in popularity with those that want to get back to nature, live a little simply, and perhaps even off-grid.

There isn’t necessarily one bit of the Alentejo that stands out – people are dotted all around – but the majority are located on the coastal rather than interior part of the region.

The Azores are still a relatively undiscovered part of Portugal, and that’s why now is the perfect time to visit. With a landscape that’s a mixture between Ireland, Hawaii, and Iceland, this is one of the most beautiful places you’ll visit in Europe and perhaps even the world.

There are nine islands in total, each with its own unique landscape and energy. São Miguel is the largest, and with the most attractions it’s absolutely worth visiting, but venture further and you’ll find parts of Portugal that are incredibly untouched, remote, and ideal for getting away from the world.