Skip to content
Home › Learning Portuguese › So You Want to Learn Portuguese in Lisbon? 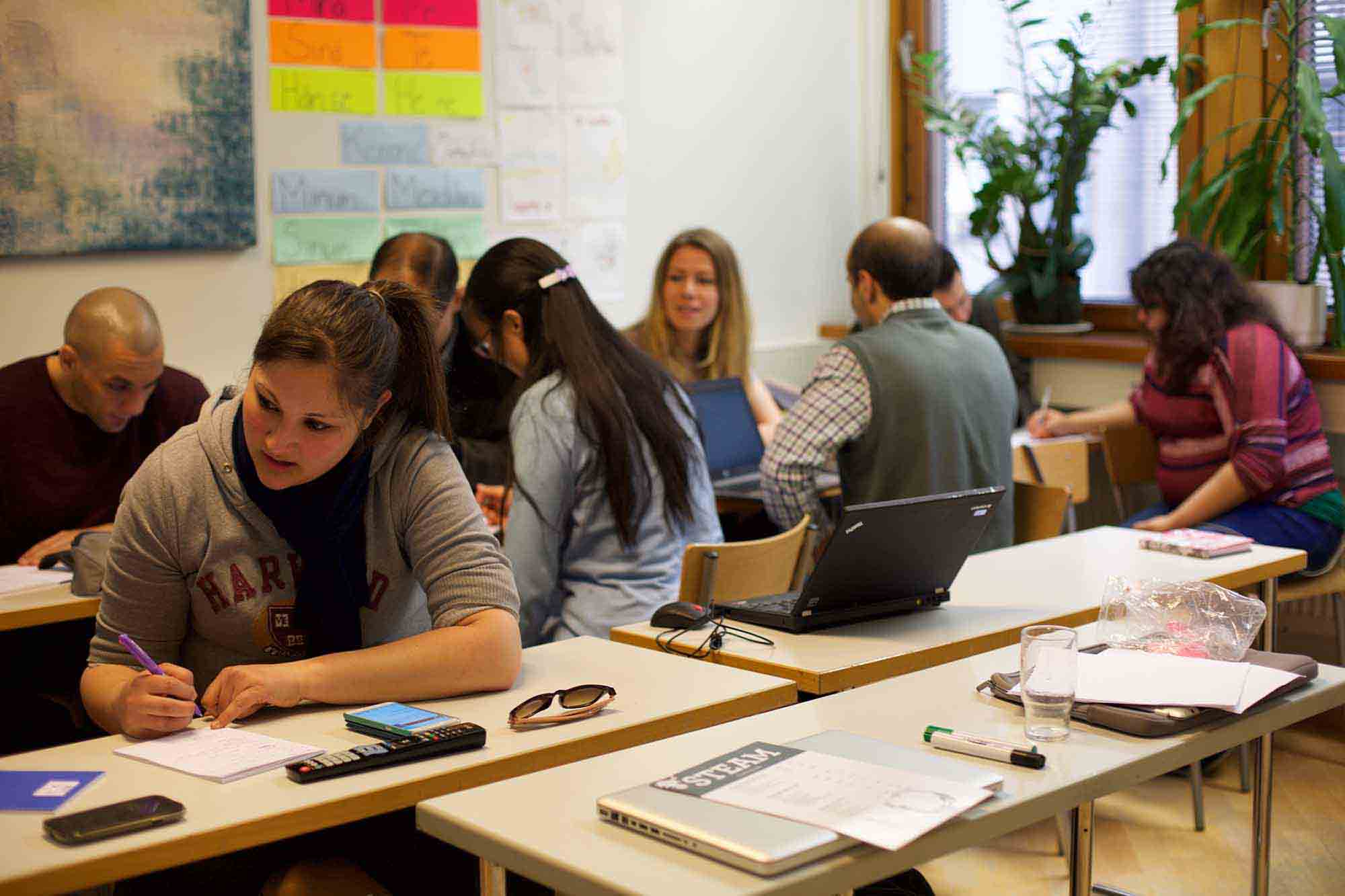 Deciding to do something like study Portuguese in Lisbon sometimes just seems to throw up more questions than answers but, hopefully, this guide will steer you in the right direction.

Extensive courses are the most popular choice for people living in Lisbon but, even if you decide to study Portuguese in Lisbon over a longer period of time, your Portuguese learning should probably have some level of intensity to it.

You don’t necessarily need to take 4-8 hours of lessons per day, but you should at least be studying Portuguese on a daily basis – ideally with speaking practice as a regular part of that.

Taking a class or two per week just isn’t enough, and very few people manage to learn Portuguese this way unless they do a lot of self-study in-between. Of course, if you self-study in-between, you’ll be ahead of the rest of the class and the lessons will become both uninspiring and unhelpful. This brings us to the next question…

1-to-1 tends to be the most effective way of learning a language, but there are many reasons that people choose to take a group class instead.

If you do decide to take group lessons, make sure they happen several times per week or more. The more regular the classes, the more likely you are to learn Portuguese.

Note: you don’t have to completely choose one or the other. It’s possible to mix and match.

The following are just a few of Lisbon’s many language schools, all of which offer extensive Portuguese courses in Lisbon.

Intensive Portuguese courses can be the most effective way to learn a language as they are much more immersive and really push you to both study and practice. As you’ll be practicing and studying every day, you also won’t have big gaps in between your lessons. This means you’re much more likely to retain what you learn, and also learn the language a lot faster.

Some people come to Lisbon for a “language learning vacation” while others take an intensive course when they first move here. If you choose to take a group class, you’ll meet both types of people in your class.

The following are just a few places that offer intensive courses in Lisbon.

1-to-1 classes in Lisbon

As well as offering group classes, most language schools (like those listed above) offer private face-to-face lessons as well.

There are also independent Portuguese teachers who offer conversational or curriculum-based lessons in Portuguese, and these teachers are typically cheaper than teachers who are connected to a language school. Unfortunately, finding private teachers isn’t particularly easy particularly if you’re looking in Google. You’ll probably need to ask in any of the many Lisbon Facebook groups for expats and internationals.

One of the benefits of 1-to-1 lessons is that you can decide how many lessons you want per week, depending on whether you want to study Portuguese intensively or extensively. It’s a lot more flexible than a group learning situation, where the number of classes and timetable are very set in stone.

In the meantime, here are a few schools/individuals offering private in-person lessons:

Note: A lot of people living in Lisbon actually take lessons over Skype rather than face-to-face, and often it’s easier to find someone that does online lessons rather than in-person lessons.

Learning Portuguese on a budget?

Learning a new language isn’t cheap. Language schools are expensive and living in Lisbon can also be expensive, particularly if you’re staying here short-term and living in a hotel or apartment. Together it all adds up, and can make the dream of learning Portuguese seem impossible.

Don’t worry: there are a few ways to keep the costs down.

The best part of being in Lisbon, aside from having access to different Portuguese classes and teachers, is being able to practice Portuguese on a daily basis. You’ll get to practice in shops, restaurants, and cafés, and you’ll also have access to Portuguese speakers living nearby.

Here are just a few different ways to get some practice in while you’re here.

Just because you’re living in Lisbon, that doesn’t mean that you can’t self-study Portuguese here. There are a number of free resources and online courses that cover beginner and intermediate Portuguese, some of which are even correspond to A1 or A2 level, that you can get a hold of and begin studying straight away. In fact, it’s possible to study Portuguese from beginner to fluency entirely online.

Hi, I'm James. I'm the main writer at Portugalist, and the guy who set it up. I started Portugalist because I felt there was a real lack of good quality information about Portugal and I wanted to change that. I lived in several parts of Portugal, like Lisbon and the Algarve, and I even spent 5 years living in the North of Portugal as a kid. Since returning to Portugal as an adult, I've visited every part of Portugal.
About this article
This article was first published in December 2018. It was last updated on May 20, 2020.
Corrections & Suggestions
We try to keep articles as up-to-date and as error-free as possible so, if you spot a mistake or have a suggestion for the article, please let us know.
How Portugalist earns money
This article may contain affiliate links. This basically means that Portugalist might earn a commission if you choose to make a purchase through the links in this article. This is at no additional cost to you and it does not affect our editorial standards in any way.
Portugalist.com is a participant in the Amazon Services LLC Associates Program, an affiliate advertising program designed to provide a means for website owners to earn advertising fees by advertising and linking to Amazon (.es, .co.uk, .de etc) and any other website that may be affiliated with Amazon Service LLC.