Nandos uses the Rooster of Barcelos as part of its logo and its menu is made up of dishes such as peri-peri chicken and pastéis de nata. But is it actually Portuguese?

Nando’s is a popular restaurant chain worldwide, particularly in the United Kingdom where it has around 280 restaurants of the 1,000 or so restaurants it has worldwide (as of 2013). Given that Portuguese food isn’t as ubiquitous as Spanish or even German food, Nando’s can often be many people’s first experience of Portuguese-style food and they’re often surprised at the differences when they go for dinner in Portugal.

Saying “Portuguese-style”, as opposed to “Portuguese food“, gives you a little clue of where Nando’s stands. If you order piri-piri chicken in Portugal, for example in Guia where the dish is said to have been invented*, what you’ll get is chicken, chips (or rice), and a salad. You don’t choose your level of spice from a spice-ometer, add extra sauces, or choose from a list of sides. You don’t choose the part of the chicken that you want to eat and there’s certainly nothing like hummus, cheesey garlic pitas, paella, or grilled corn on the menu. And it’s the same at just about every churrasqueira or restaurant throughout Portugal, which is where you’ll have to order it as you won’t find any Nando’s restaurants here. 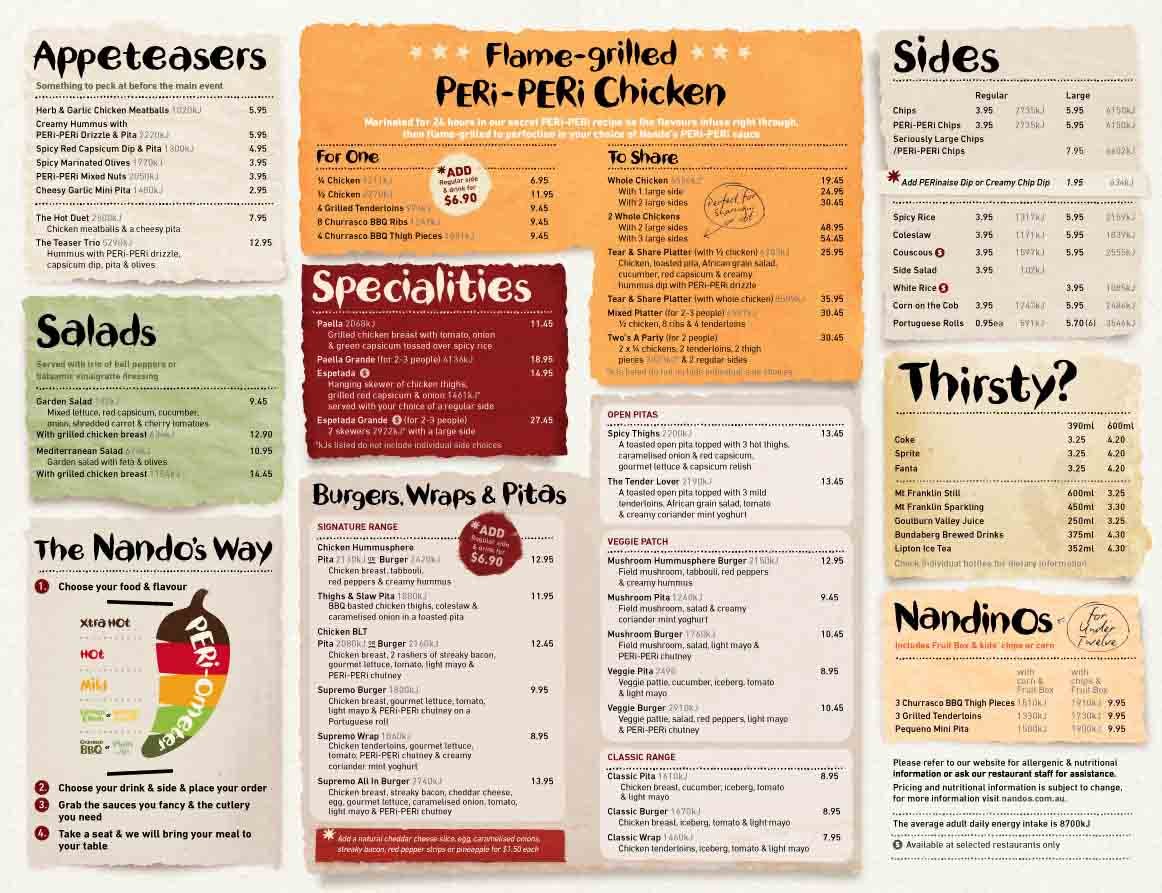 According to Nando’s own website, the food has a Mozambican and Portuguese theme. The idea for the restaurant was conceived in 1987 after founders Fernando Duarte and Robert Brozin tried piri-piri chicken for the first time at a Portuguese takeaway in Johannesburg called Chickenland. They liked it so much that they purchased the restaurant and renamed it Nando’s after Fernando. The restaurant flourished and within two years there were four outlets: three in Johannesburg in South Africa and the other in Portugal.

Many people say Nando’s is South African as the company headquarters are there and the company uses South African art to decorate its restaurants. In reality it’s a bit of a mish-mash of different cuisines and cultures that’s been jazzed up as a chain to compete with the likes of Pizza Hut and KFC. It’s not a bad chain — In fact, it’s a lot better than many of the alternatives — but it’s definitely not Portuguese.

* A lot of places claim to have invented piri-piri chicken. If you want to try proper piri-piri chicken (frango assado) you can get it just about anywhere in Portugal and especially in the Algarve.