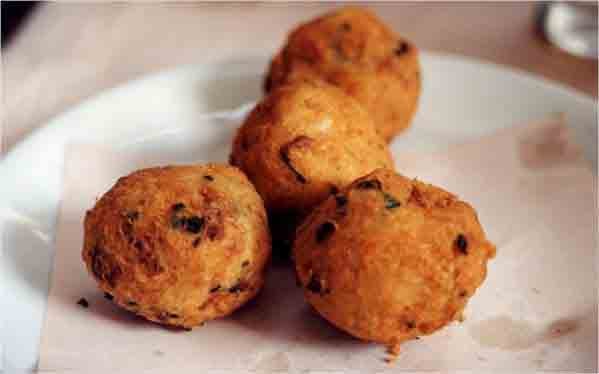 Moelas are gizzards. They are usually sautéed in a pan with a spicy tomato sauce, and then served with bread. Sometimes you’ll also see pipis (yes, that’s fun to say!) which, as commenter Pedro Barras points out, are similar but different.

Moelas and pipis are not the same thing. Whereas moelas is only the gizzards, pipis is an assortment of small chicken bits that might include necks, livers, hearts, gizzards, wings and even legs/feet. The sauce is similar, based on tomatoes, red pepper paste, garlic, onion, bay leaf and eventually chili and the odd choice of herbs and other spices, with long cooking for the gizzards and for the sauce to refine.