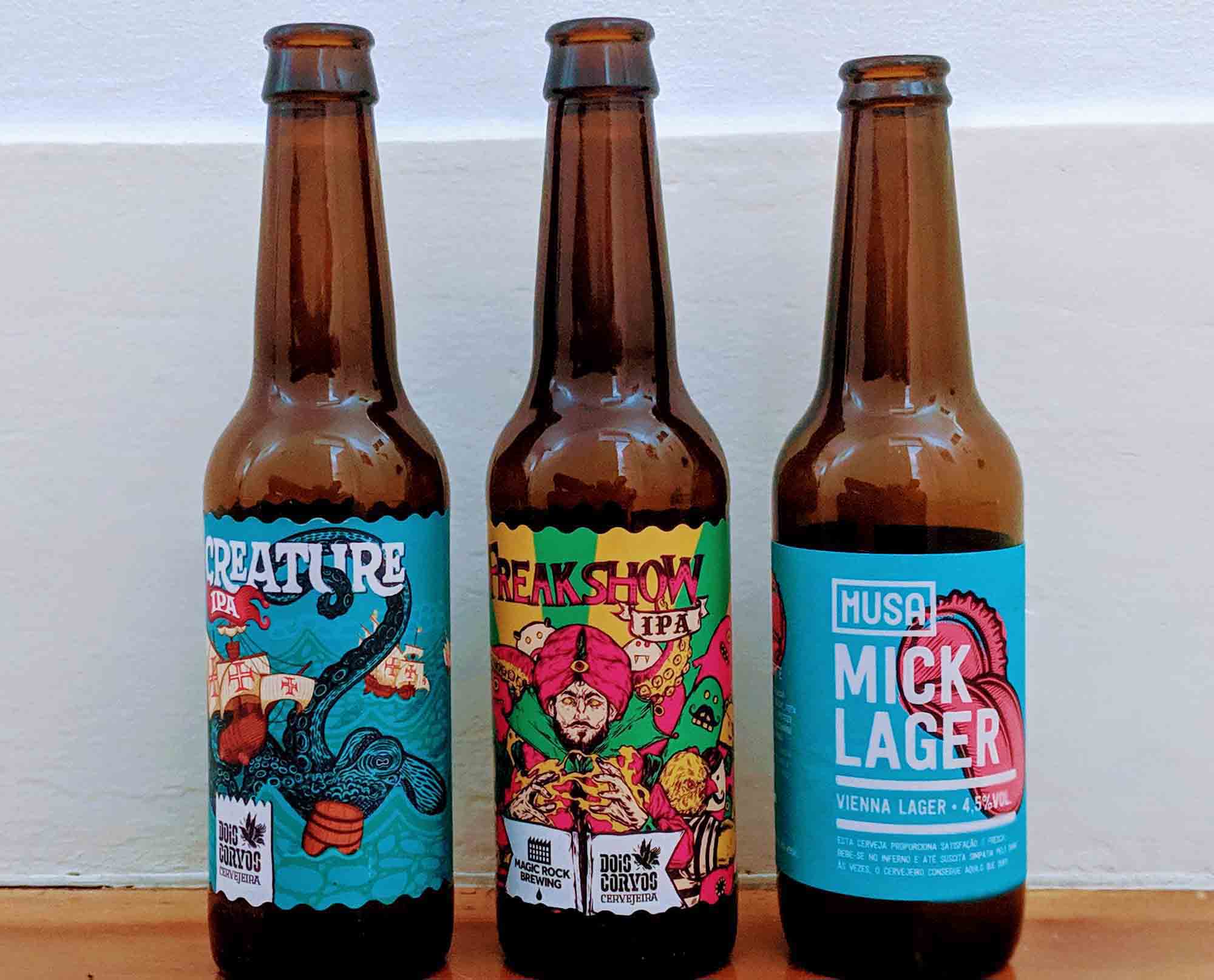 Portugal has a small, but rapidly growing, craft beer scene. Craft beer (cerveja artesanal) is nowhere near as popular here as it is in other countries like Germany, the UK, and the USA. Portuguese bars traditionally tend to serve one of two Portuguese beers, Super Bock or Sagres, and if you want craft beer, you’ll really have to look hard to find it.

But, even though the artisan beer scene is small, there is one and it’s growing rapidly. There are now a decent handful of Portuguese craft beer producers dotted around the country, and in big cities like Lisbon and Porto you’ll find one or two bars and shops that specialise in craft beer as well as companies that offer tours to show you the Portuguese craft beer scene.

Probably the brand with the coolest name, Ericeira-based Mean Sardine produces a number of different beers. Their most popular is probably Amura, an American Pale Ale, but it’s also worth trying Voragem (Black IPA), Zagaia (Abbey Dubbel), A Walk in Madeira (IPA), and Salema (Witbier).

As with almost all of these Portuguese micro-breweries, Passarola is very new to the scene. They first began fermenting in 2014, and now produce Chindogu (IPA), Marquês de Pale Ale (an American Pale Ale), and Hadron Collision (an American Stout).

A small craft beer brewery based in the Algarve, Dos Santos makes a handful of craft beers including a pilsner, lager, and an IPA. The brewery follow the Reinheitsgebot method (German Purity Law) for production, which means there are no additives or chemicals.

Where to buy/ try craft beer in Portugal