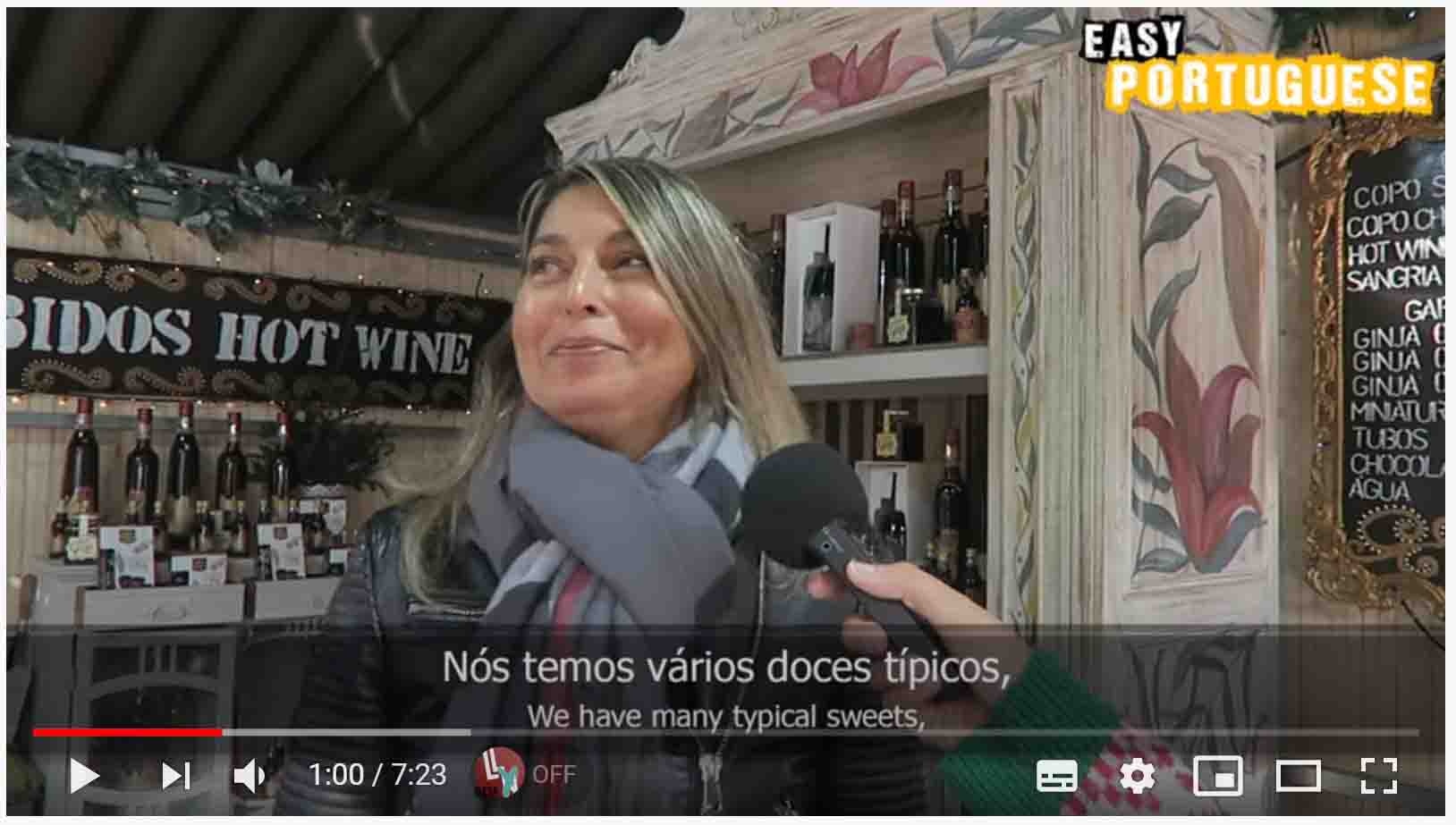 There are lots of ways to improve your Portuguese, but one of the most appealing ways is watching videos with subtitles.

Unfortunately, it can be very difficult to find videos with subtitles. That’s especially true of European Portuguese – Brazilian Portuguese is slightly easier.

That’s all about to change (hopefully) thanks to some of the resources in this article.

This article covers both European and Brazilian Portuguese. Regardless of “which Portuguese” you’re learning, it’s a good idea to listen to both as you are likely to encounter people from both Portugal and Brazil as a Portuguese speaker.

There aren’t as many subtitled programs in European Portuguese as there are in Brazilian Portuguese, but hopefully this list will provide you with plenty of resources to improve your listening skills (and maybe even that Portuguese accent as well).

By far, one of the easiest places to find subtitled European Portuguese videos is through streaming TV shows on RTP.

You’ll find everything from documentaries to cooking shows, soaps, and everything in between. The shows themselves aren’t always particularly interesting but, when it comes to finding subtitled content in European Portuguese, beggars really can’t afford to be choosers.

Unlike Brazil, foreign films and TV shows usually aren’t dubbed in Portugal. The exception is animated films like Disney, Pixar, and Dreamworks movies.

Shrek, Pocahontas, Mulan, Hotel Transylvania, Finding Dory — all of these films are available with Portuguese audio (and usually both Portuguese and English subtitles as well).

Finding these DVDs isn’t always easy, but it’s doable. Ebay tends to be better than Amazon, as it allows you to filter the results by language (search for “Pocahontas,” for example, and you can see which of the DVDs have Portuguese as a language option. Fnac.pt is also worth looking at, particularly if you’re based in Portugal.

Neither eBay nor Fnac specify whether it’s PT-PT or BR-PT, but usually if the other languages are European, there’s a good chance it’s PT-PT.

Practice Portuguese is a podcast for learning European Portuguese. You normally have to pay to access their content, but there are one or two subtitled videos on their YouTube page that you can watch for free.

Easy Languages is a YouTube channel dedicated to providing free and interesting subtitled videos with native speakers. Their videos are available in countless languages including French, German, Spanish, and even Portuguese from Portugal.

Some of the available videos cover topics like ordering a pizza, the cock of Barcelos, and kombucha.

The full playlist of European Portuguese videos from Easy Languages can be found here.

You’ve probably come across Ted videos on YouTube, but did you know that TedX conferences (its grassroots offshoot) also take place across Portugal? That’s right. There have been TedX conferences in Lisbon, Porto, Faro, Braga, Coimbra, and even the island of Flores in The Azores.

Many of these videos get uploaded to YouTube or the Ted website, and a small portion of them even have subtitles as well.

Here are just a few of them:

Note: If you enjoy listening to Ted talks, you’ll also find plenty of TedX talks that were recorded in Brasil as well.

Psy Logic Drawing is a YouTube channel about psychology that has beautifully illustrated and, most important, subtitled videos in Portuguese.

The videos cover topics like stress, emotional intelligence, and depression — all topics that, at some point, you might want the vocab for.

As well as some of the channels mentioned on here, there are thousands of other subtitled videos dotted across YouTube.

But, thanks to a Chrome extension called “Language learning with YouTube,” it’s now possible to search YouTube for videos with subtitles (and not just the auto-generated ones either).

It isn’t 100% perfect, and it doesn’t differentiate between European and Brazilian Portuguese, but, despite all of that, it’s still pretty amazing.

The following are some places where you can find subtitled videos featuring Brazilian speakers.

While Easy Languages only has a few videos in European Portuguese, it has a huge number of videos in Brazilian Portuguese. These videos are almost all recorded on the streets of Brazil, so you can really get to know what a typical Brazilian sounds like.

Netflix is a fantastic resource for anyone learning Portuguese.

Not only are there some great Brazilian TV programs and films on there, but you can also change the audio of programs in other languages (for example Spanish) into Brazilian Portuguese.

And, to top it off, if you use Chrome there’s even an extension that allows you to use two sets of subtitles at once (e.g. Portuguese and English).

Juliana Selem is a Brazilian YouTuber who lives in the United States. Her videos are typically about life there or about Brazilian culture. While many of them are in English, lots of them are in Portuguese and they also have subtitles as well!

You can see a full list of her videos at YouTube.com/julianaselem.

Porto dos Fundos is a popular Brazilian YouTube channel which has plenty of videos that are usually very funny (albeit a bit dark sometimes).

It’s perfect for learning Portuguese, especially as most of the videos are subtitled.

You can find the rest of the videos on YouTube.com

Como Se Faz (How is it Made) is a series created by Económico TV that looks at how different things are made — bottles, beer, paint, you name it.

The videos are all around 2-3 minutes long, so perfect for a quick study session while you’re on your coffee break.

You can find all of the videos on YouTube.com.

Although aimed at children, Bookbox offers simple stories with subtitles on YouTube. The stories are simple and short, and while not as entertaining as some of the other YouTube channels mentioned in this article, are just as good for working on your Portuguese listening skills.

You can find all of the videos on YouTube.com.